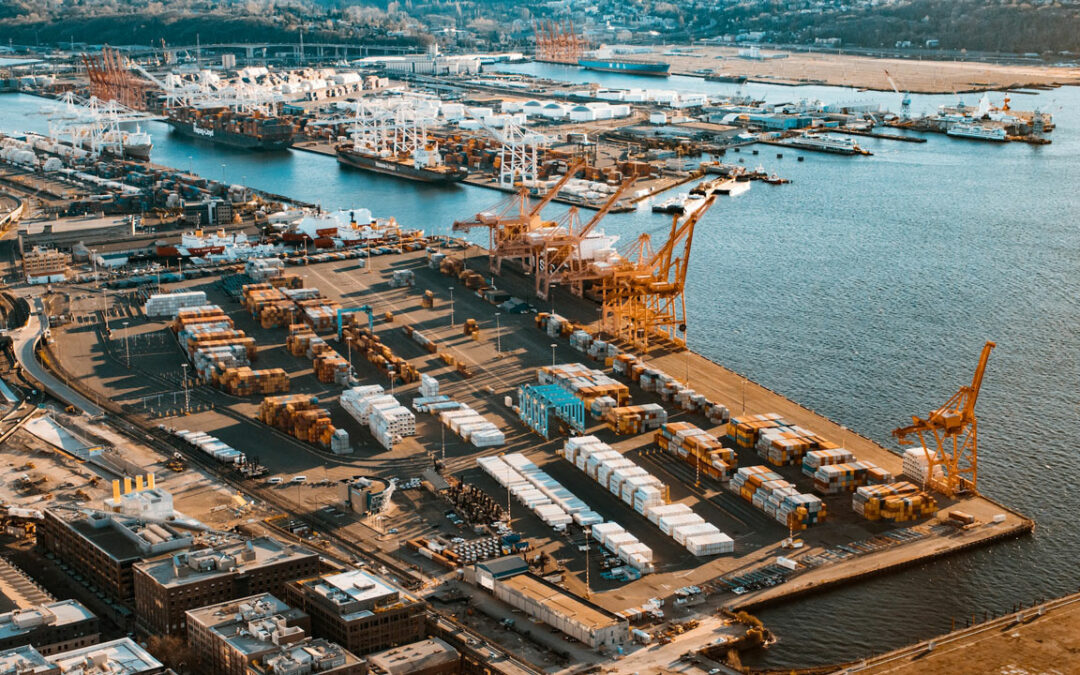 Port congestion has continued to ease in China and throughout Asia after the significant restrictions in movement from multiple COVID-19 lockdowns over the past year. As a result, Air freight spot rates out of Asia are plummeting to half what they were in December 2021, partly because shippers are returning to ocean freight to move cargo, reducing demand for air freight out of Asia.

The reduction in demand combined with excess air capacity has many air freight spot rates out of Asia sitting below the long-term contract rates for the same route. At the end of September, Shanghai to North America spot rates averaged $6.87/kg, lower than half of the rate seen on December 13 when spot rates hit record levels. The $6/kg rate for Shanghai to North Europe is also down 44% from the same date.

Additionally, spot rates for air freight from Asia Pacific to Europe and the Middle East fell 21% on average by mid-September since the start of the year.

October 2022 will see almost the same number of blank sailings as October 2021 as trans-Pacific carriers react to the region’s overcapacity. Carriers plan on blanking approximately 23.8% of the total trans-Pacific capacity to the USA’s East and West coasts, or 698,505 TEU. October 2021 saw a similar figure of 23.6% or 669,460 TEU.

The trans-Pacific’s current capacity is consistently decreasing, pushing ocean spot rates, and US retailers predict that imports into the USA will continue to fall each month for the rest of the year. The last week of September saw vessel utilization rates of 80%, compared with 90% or higher in April.

Some carriers have also decided to terminate vessel strings to balance capacity with demand. Matson Navigation Co. canceled the expedited China to California (CCX) service earlier in the month, although the carrier will continue its CLX and CLX+ services.

Stoughton Trailers produce approximately 425 units of 53-foot chassis weekly, up to 22,000 a year. Although this rate sits below their original goal of making 500 units weekly, the current production rate indicates that severe material and component shortages are no longer holding up the entire production process.

Chassis lessor DCLI, which has Stoughton Trailers as one of its suppliers, expects to add 40,000 new chassis to its fleet by Summer 2023. DCLI expects this quantity will be sufficient to satisfy domestic intermodal supply chain demand.

Additionally, Union Pacific Railroad (UP) has received 5,100 units of their order of 5,600, which will be completed in October this Year. Disruptions to domestic supply chains due to chassis shortages will likely not continue once lessors receive these orders, as intermodal demand will drop due to economic slowdown and changes in consumer spending.

The reduction in intermodal demand will allow older chassis that have been utilized past their normal life expectancies to be cycled out and replaced by new units without disruptions.

Daniel Maffei, head of the Federal Maritime Commission (FMC), warned chassis providers and railroads that congress will pay closer attention to complaints from shippers and truckers regarding inland freight movements.

During the Inland Distribution Conference in Chicago on September 27, Maffei said that “the Federal Maritime Commission authority does not stop at the water’s edge” after the FMC received additional regulatory power thanks to the Ocean Shipping Reform Act of 2022 (OSRA-22).

While the FMC can regulate chassis to some extent, railroads receive an intermodal exemption under current US rail regulators. This exemption limits the US Surface Transportation Board’s scope and prevents the board from covering railroads. However, according to Maffei, shippers can bring complaints about landside services directly to the FMC when ocean carriers contract their landside movements.

The coast-wide longshore labor negotiations have hit an additional hurdle caused by disputes between the International Longshore and Warehouse Union, terminal operator SSA Marine, and the International Association of Machinists and Aerospace Workers (IAMAW).

The IAMAW sent a letter to the White House on September 26 alleging that the ILWU is using its Seattle jurisdictional dispute to pressure the Pacific Maritime Association (PMA) into overturning two previous decisions regarding 25 jobs at Seattle’s Terminal 5, which SSA Marine operates.

In response, the ILWU accused SSA Marine and the IAMAW of conspiring to initiate a National Labor Relations Board (NLRB) hearing into its jurisdictional claim. In their statement, the ILWU said that the ILWU-PMA contract from over a decade ago awarded the cold ironing work to the ILWU, which it performs exclusively in the Pacific Northwest.

In a separate statement, SSA Containers said that SSA currently has a 65-year contract with the IAMAW to perform machinist work, including cold ironing, along the West Coast and the Pacific Northwest.

The flare-up in negotiations is another sign that the longshore labor contract negotiations may drag on for an unknown amount of time, despite early optimism for a quick and seamless process.

Photo by Kingsley Jebaraj on Unsplash