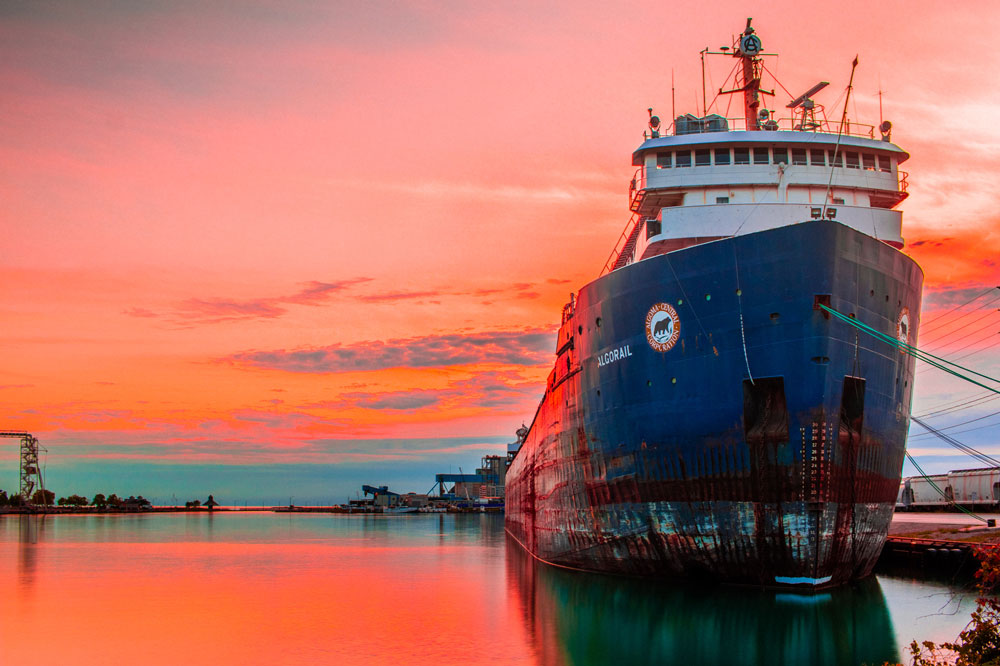 The import surge that shippers and carriers saw due to the COVID-19 pandemic in 2020 and 2021, which left many of the nation’s ports congested and disrupted supply chains, may not be over yet. US imports from Asia in February increased by 16.4% from February 2021 and by as much as 50% compared with February 2020, indicating that supply chain bottlenecks could be a persistent feature of 2022.

Everyone involved in the nation’s supply chains, from port workers and officials to shippers, warehouse managers, truck companies, and more, should expect and prepare for additional supply chain issues. These may include congested ports and backed-up inland supply chains that may worsen leading up to the peak of the Summer-Fall shipping season.

Regarding total TEU imports from Asia, although down by 6.4% from January, last month saw a year-over-year increase of 1.4% with 1.6 million TEU. The rise in Asia import volumes is partly due to high rates of consumer merchandise spending. The National Retail Federation (NRF) predicts retail sales in 2022 will increase between 6 and 8% compared with 2021, which saw an increase of 14% compared with 2020. The NRF’s Global Port Tracker predicts that March will see a year-over-year decline of 4.5% before April sees a 4.2% YOY increase. Predictions for May show a 3.2% decline followed by increases in June and July of 4% and 3%.

A Senate hearing on March 3 has indicated the US government’s intentions to change how the shipping industry is regulated. Senators are currently working on new legislation that will address the limited antitrust immunity of container carriers and whether the US Federal Maritime Commission (FMC) should have the power and authority to determine whether container carrier rates are acceptable. This comes after the congestion of the past two years has left many containers stuck on congested docks while container companies, most of which are foreign-owned, have simultaneously reported record profits after increases of over 100% on container freight rates in some cases. When asked if these rate increases were considered unreasonable, FMC Chair Daniel Maffei agreed that the rate increases were colossal. However, the FMC currently doesn’t have the evidence to connect the costs to alliances or individual carriers, which would be necessary in court. Members of the Judiciary Committee are currently working on legislation to remove carriers’ limited antitrust liability. However, Maffei also warned that if carriers lose their ability to operate alliances, it could push further consolidation and the formation of stronger market monopolies. Should this happen, carriers would have more incentive to reduce service frequency and focus only on larger ports, avoiding the smaller ones.

After the problems caused by the record container volumes to US ports in the past two years, the Biden Administration is now turning to its Freight Logistics Optimization Works (FLOW) to find more effective ways to utilize the nation’s ports and supply chain assets. The intention is to speed up delivery times while reducing associated consumer costs. The FLOW project is an information-sharing initiative created by the government and a group of 18 shippers, container lines, ports, terminal operators, logistics providers, and chassis lessors that will connect supply chain participants and allow for more effective containerized gateway coordination. The White House plans on developing a proof-of-concept information exchange program with FLOW by the end of September. Some of the participants include Mediterranean Shipping Co. And CMA CGM, the ports of Los Angeles and Long Beach, and logistics and warehousing operators UPS, FedEx, and ProLogis. A digital summit is planned for the end of summer. The project initiative will release a set of recommendations for supply chain professionals based on the findings from their collaboration. Meanwhile, the Port of Long Beach has already launched its own data-sharing portal to encourage better coordination amongst supply chain businesses.

US Shipping Networks Begin to Reshape After Increases in Fuel Prices

Fuel price spikes caused by the Russian-Ukrainian war force shippers to rethink how they transport cargo, with a growing preference for intermodal rail. US shippers are now also under increasing pressure to navigate new long-term pressures regarding the frequency of shipments, reducing the number of miles in their distribution networks, and how to balance freight between trucking and rail. In particular, shippers now have to focus more on the cost of shipping rather than speed, creating a profound reset since the COVID-19 pandemic started prioritizing speed.

For comparison, in Fall 2020, fuel prices averaged approximately $2.41 per gallon. By October and November 2021, they had risen to $3.68 per gallon, and on March 7, 2022, they had increased further to an average of $4.85 per gallon, creating a real challenge for 2022 transportation budgets prepared last year.

The continued increase in fuel prices will have lasting effects on how shippers choose to move freight, with shippers likely preferring rail and full truckload options over light truckload and LTL options. The situation is further complicated by chassis shortages at intermodal rail yards and rises in rail fuel surcharges, meaning consumers can likely expect minimum order quantity requirements and reduced delivery frequencies.

COVID Outbreaks in China Cause More Disruptions for Shippers and Carriers

Cargo shipments from some ports in China are experiencing disruptions as the country begins new lockdown procedures after sharp increases in COVID-19 cases. Hong Kong and Shanghai are two heavily affected areas, and some carriers warn that problems could last for several weeks as Shenzhen enters into a week-long lockdown that city officials might choose to extend. While all major ports remain open, the leading causes for disruptions are port workers who have had to quarantine at home and restrictions placed on truck drivers. Both factories and warehouses have experienced reduced activity, reducing truck driver numbers as truck drivers who cross province borders must produce a negative 24-hour PCR test result. Hong Kong currently has the highest per-capita death rate globally and is experiencing reduced productivity at port terminals, depots, and from cross-water barge operators leading to berthing and departure delays. While carriers such as Ocean Network Express (ONE) and others keep a close eye on China’s ports, no major disruptions have been reported, such as terminal closures. The lockdowns are affecting manufacturers in South China, though, with Huawei and Foxconn factories closing due to lockdowns and issues regarding the delivery of raw materials. If COVID cases throughout China’s port areas continue to increase and further lockdown measures are introduced, then there is a high likelihood that significant port congestion could build up and that some terminals could close. If this happens, carriers will be left waiting for a place to unload or a time to depart from port, causing additional disruptions to supply chains on the US side.