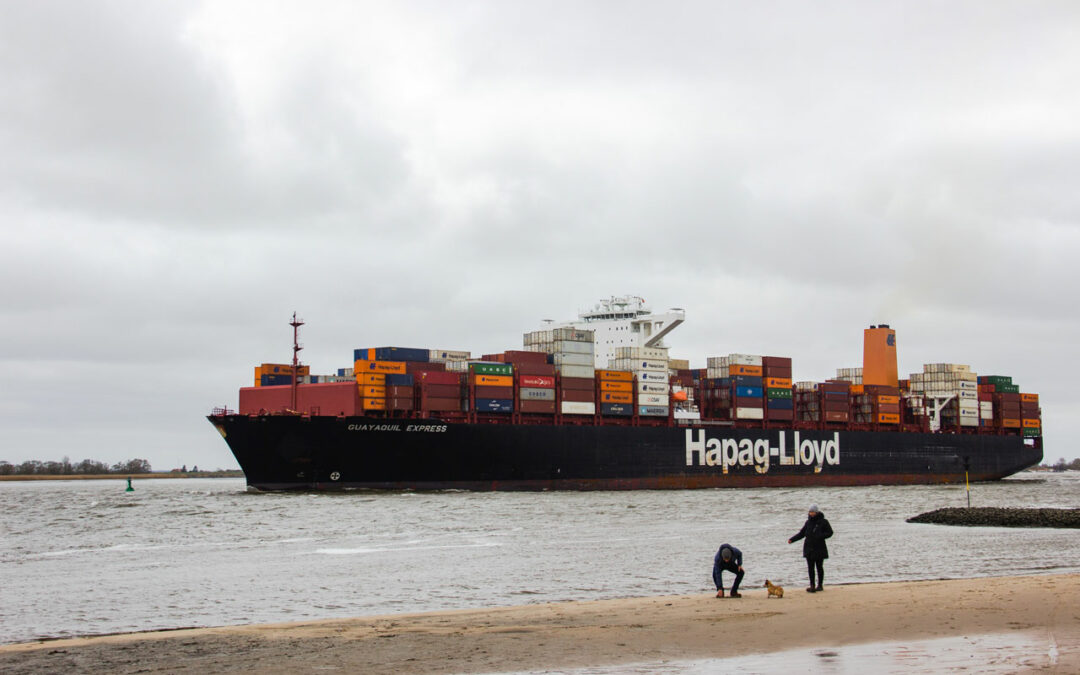 The Federal Maritime Commission (FMC) announced on May 31 that a two-year-long investigation into the pandemic’s effects on container shipping found that the market is still competitive and record-high ocean carrier rates were caused by overwhelming consumer demand which affected vessel capacity.

Rebecca Dye, the commissioner of the FMC, recommended a list of twelve actions that the FMC should take in the future to regulate ocean rates better and monitor port congestion. Those recommendations included rule-making to clarify acceptable practices for empty container returns and earliest return dates, creating an advisory committee of US seaports, marine terminals, and container lines, and improved rule-making for carrier and merchant haulage. Dye also recommended that the FMC investigate how carriers, ports, and marine terminals levy charges through tariffs.

The conclusion of the investigation has aided the FMC as the agency looks at new rules that they can introduce regarding how container lines charge shippers for the use of their equipment. Two of three previous investigations into the detention and demurrage practices of three large ocean carriers resulted in penalties of $882,220 and $850,000 against carriers Hapag-Lloyd and Wan Hai.

Port congestion, which plagued US supply chains through 2020, 2021, and the beginning of this year, will likely worsen during the peak shipping season, according to carriers, forwarders, and other industry leaders.

Relief from import congestion may come as retailers expect a reduction in orders from Asia as consumer spending is predicted to drop. However, when this will happen is difficult to forecast. Many Beneficial Cargo Owners (BCOs) have begun cutting back on orders in anticipation of a change in retail order volumes in the next few weeks and months.

A drop in import volume and retail spending may signify an easing on the nation’s strained supply chains after the first four months of 2022 surpassed the same period in 2019 by 31% in retail volume. However, cargo flow throughout many parts of the country is getting worse, and any relief that comes might not arrive until late this year or early 2023.

The supply chain is still congested after continued inventory buildup from late last year combined with containers, chassis, and other equipment spending much longer at marine and inland terminals, preventing asset flow through the supply chain as the peak import season approaches. Crowded terminals prevent workers from quickly unloading existing import containers, which is exacerbated by large retailers ordering more to increase their US inventories after struggling to maintain inventory numbers through the pandemic.

Evidence of inventory buildups are already visible in ports along the East and West coasts. As of May 23, the port of Charleston held 24,000 import containers compared to 15,000 last October, while the Georgia Ports Authority has stated that 28,000 import containers were at the Garden City Terminal compared with 2020’s average of 13,000.

California Could Experience a 2023 Drayage Shortage According to Truck Manufacturers

Shortages of truck parts in 2022 indicate a coming drayage shortage for 2023 as truck manufacturers have been unable to secure enough parts, preventing truckers from purchasing new and compliant vehicles to maintain capacity in the face of increasing demand.

Harbor truckers have warned that 2023 could see a drop of almost 30% in truck capacity for California’s container ports due to a new state mandate requiring marine terminals to only allow trucks built after 2010 onto the terminals, coming into effect on January 1. Several California dealerships have said that it currently takes over a year to deliver new vehicles due to part and computer chip shortages in manufacturing plants, meaning demand will soon outpace production.

The Port of Long Beach will lose approximately 25.8% of its current trucking capacity as a result of the new mandate, pushing the port to work with the HTA in developing an agreement allowing older vehicles to be used so long as replacement orders are in progress.

The ports of Los Angeles and Long Beach have now begun assessing a new fee of $10 per TEU that will be applied to all non-zero-emission (ZE) trucks that operate in the ports, the proceeds of which will be used to provide truckers with subsidies in purchasing ZE vehicles in a move to upgrade the trucking fleets simultaneously.

The US Federal Railroad Administration (FRA) granted the Port of Baltimore $15.6 million to build four new on-dock railroad tracks, purchase additional lifting equipment, and raise the height of the Howard Street Tunnel to allow trains to be double-stacked with containers.

The grant is a part of the federal government’s railroad modernization program, and it will help in particular by improving Baltimore’s rail service to the Midwest as more cargo is diverted through Baltimore due to growing congestion in other ports around the nation. Only 10% of Baltimore’s cargo travels to the Midwest, a rate that will increase as Baltimore handles more and more cargo diversions.

Once the tunnel project is completed sometime in 2025, CSX Transportation, who operates out of Baltimore, predict that they will be able to haul 160,000 more containers from Baltimore to the Midwest.

US DOT Gives $6.2 Million to Upgrade the Port’s Inland Rail

The Department of Transportation gave $6.2 million to the Cordele Inland Port as part of an effort to upgrade parts of the rail tracks that run from the Port of Savannah and Cordele, Georgia’s first inland port. The grant is part of the $368 million nationwide railroad investment program called the Consolidated Rail Infrastructure and Safety Improvement Program (CRISI) which covers over 46 rail projects in 32 states. The Cordele upgrades will allow heavier and faster trains to travel in and out of the inland port.

The US Department of Transportation indicated on May 27 that retired general and the head of the military’s logistics command Stephen R. Lyons will become the White House’s new port envoy in a bid to continue working on the nation’s port congestion issues and supply chain bottlenecks as more supply chain stress is expected to impact the nation in the coming months.

Lyons, a 36-year-old military veteran with experience in facilitating transportation on a global scale for the US military, will succeed John Porcari.