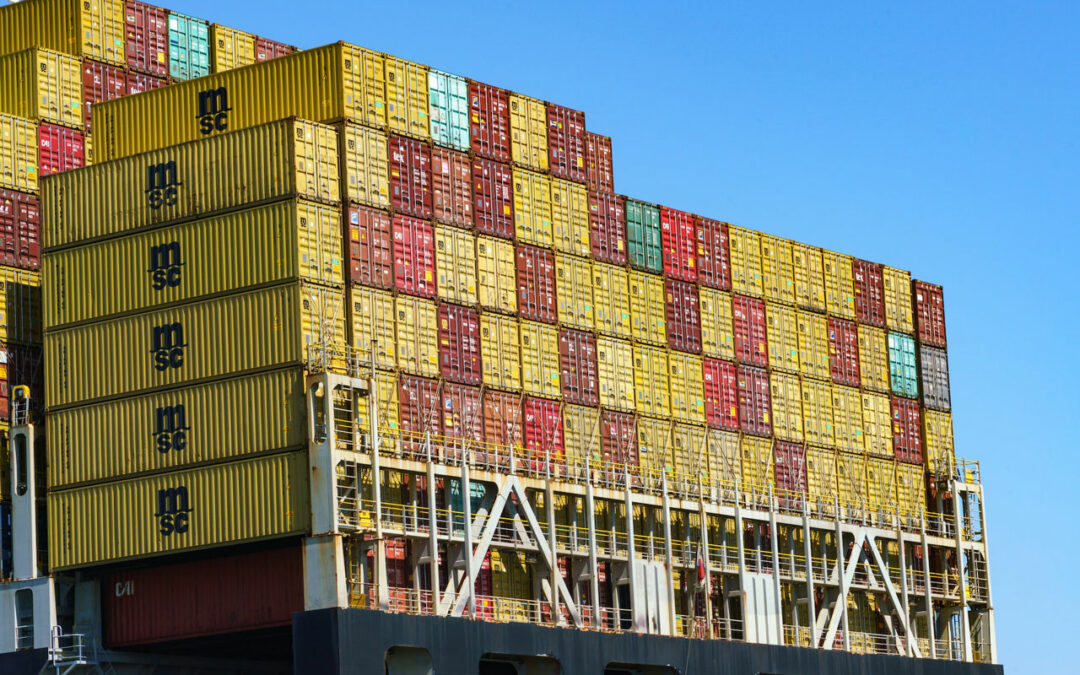 As the Chinese government continues to move away from its strict zero-COVID policies, renewed outbreaks are affecting factory performance throughout the country. After the end of mandatory quarantine measures and reduced travel restrictions, Chinese COVID-19 cases increased by as much as 67% between December 19 and December 31. The spikes in cases combined with the reduction in quarantine measures meant many factory workers stopped going to work out of fear of falling ill or went to work while sick.

As a result, the National Bureau of Statistics shows that China’s manufacturing PMI (Purchasing Manager’s Index) fell to 47%, the lowest score since February 2020. With Chinese New Year approaching, infection rates and the likelihood of new variants might increase as workers travel from manufacturing hubs to their hometowns.

The end of 2022 saw shippers getting 8-15% year-over-year decreases in their truckload contracts, and even though still historically high, it indicates that the truckload freight market has finally settled as fuel prices, equipment costs, labor costs, and more remain elevated.

While thousands of truckload carriers left the market in 2022 due to quickly declining spot rates and increases in operating costs, the end of Q3 2022 had 2,057 more tucking companies with 1-100 trucks than there were in January 2022. The increase in truckload carriers implies that there will be sufficient truck capacity through the first half of 2023, further reducing shippers’ trucking prices.

Trans-Pacific ocean freight capacity cuts in the second week of the Chinese Lunar New Year, which occurs from January 30 to February 5, will result in an approximate 50% capacity cut due to the blanking of 31 of 71 trans-Pacific sailings to North America. While blank sailings are normal for this time of year, lower US shipping demand and three-year low spot rates are also increasing the number of blanked sailings.

According to benchmarking firm Drewry, the Shanghai-Los Angeles spot rate currently sits at $2,092 per FEU, which is almost the same level as in June 2020. The Shanghai-US East Coast rate is averaging $3,612 per FEU, the lowest since August 2020.

Q4 of 2022 saw the Port of New York-New Jersey become the busiest port in the US based on container import volumes thanks to cargo diversions from the West Coast and new services. In 2022, New York-New Jersey added ten additional vessel services, seven of which are trans-Pacific services from China, the Indian subcontinent, and Southeast Asia, with 70 additional “extra loader” ships sent to the port without regular schedules in the first nine months of 2022. The Port Authority of New York and New Jersey (PANYNJ) estimates that 2022’s overall throughput reached 9.6 million TEU in the port.

The extra activity in 2022 caused some port congestion in NY-NJ due to limited warehousing, chassis, and truck capacity, along with a buildup of empty containers. Intermittent ship backlogs rose to 30 ships on some days. However, by November, the backlog fell to just two ships, the lowest since November 2021. At the end of 2022, the port enacted a $100 fee for all long-dwelling containers, prompting carriers to make several sweeps of empties, removing 30,000 of an estimated 200,000 empties from port terminals.

While volumes at the port are expected to fall roughly 11% in 2023, investments in the port’s terminals will help NY-NJ continue to process the highest numbers of US import volumes. Three new super-post-Panamax cranes will be in service at the Maher terminals this year, and a new berth and cranes for super-post-Panamax ships will be added to GCT Bayonne for operation in 2025. Bids for a $100 million project for an improved 3-mile truck corridor will likely be submitted in 2024, while PANYNJ is initiating studies on an additional rail track to improve intermodal services.

Just seven weeks ago, the spread between the two US coasts averaged $2,369, falling to $1,520 by January 12, approximately $500 higher than the pre-pandemic spread as East Coast spot rates fell 18% while West Coasts rates rose slightly.