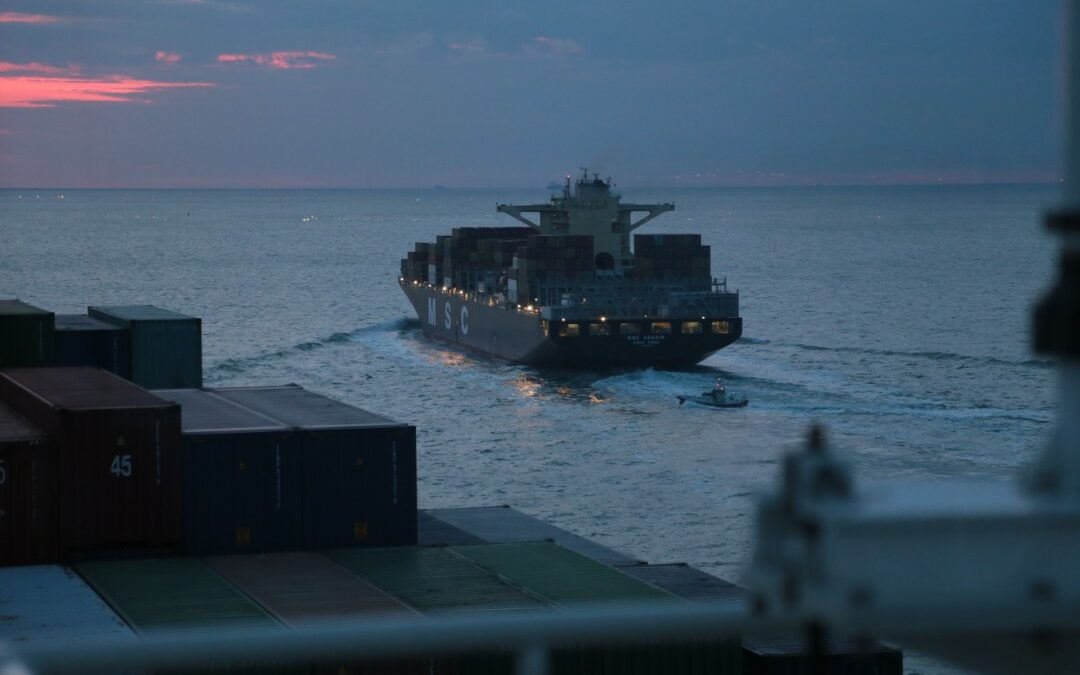 Trans-Atlantic trade slows down as the ports on the East Coast experience more congestion, while California’s ports look to inland container storage options to curtail their congestion problems. More reroutings and blank sailings occur as a direct result of the Shanghai lockdowns in China, and the Ports of Los Angeles and Long Beach take moves towards securing their 2035 drayage emission goals. Shippers are also seeing lower container and truck rates, but these will do little to stem the damage caused by inflation, fuel prices, and congestion.

Trading Economics reports that in January this year, retail sales increased by 4.9% year over year, indicating that the much-anticipated switch in consumer demand to services and away from goods has yet to happen. Regarding the trans-Atlantic trade, imports from North Europe increased year over year in February by 11.4% after a rise of 9% in 2021 compared with the previous year. The major congestion seen in the West Coast’s ports over the last two years has pushed shippers to reroute Asian imports to East Coast ports to skip congestion, which only places more strain on the East Coast.

Many ships rerouted to the East Coast from China have also caused some disruptions as schedules have been severely affected by the recent COVID lockdowns and mass-testing initiatives in the Shenzhen and Shanghai areas.

Schedule reliability and on-time performance on the East Coast from the three major vessel-sharing alliances, representing two-thirds of trade, have also reached record lows, with less than 10% of 2M and Ocean Alliance shipments arriving on time. Several shippers (including Maersk) believe that congestion issues will continue until after winter.

Since February, the Ports of California have made six inland container storage sites available to shippers to reduce the current levels of congestion while they prepare for more record-breaking import numbers from Asia.

Securing more storage space for this region has been paramount as the Los Angeles, Long Beach, and Oakland ports are the first, second, and seventh in Asian import quantities. California has leased these sites to the national warehousing marketplace Chunker for one year with a renewal option at the end of the contract.

It could take until mid-May before ports in and around Shanghai recover from the latest collection of COVID lockdowns that have essentially shut down manufacturing, warehousing, distribution, and entire legs of the Chinese supply chain. Shanghai is home to the world’s largest container port, and so disruptions there have major effects on when and how Chinese imports to the US arrive as the city’s covid lockdowns are extended indefinitely after case numbers surpassed 13,000 on March 4.

While many of the region’s restrictions were due to be lifted last week, the continued surges in cases have pushed the government to extend lockdowns until case numbers fall to acceptable figures once again, leaving ports, shippers, carriers, and other supply chain professionals hanging. The Yangshan and Waigaoqiao remain open but with severely reduced productivity while many workers isolate at home.

Over the course of the last two weeks, at least 53 vessels have been forced to anchor off the Shanghai coast. As a result, many carriers are canceling services, leaving blank sailings, and altogether are skipping the ports in the Shanghai region.

As a result of the lockdowns, THE alliance canceled 36 sailings at Shanghai, while Ocean Alliance canceled an additional six. At least eight Trans-Pacific routes to the US will be affected as well, such as TP9, TP8, TP3, and TP1 to the West Coast, and TP10, TP12, TP16, and TP18 on the East Coast.

Ocean Network Express has also confirmed that a total of 38 blank services will be run on the trans-Pacific, Asia-Europe, Mediterranean, and intra-Asia services between April 4 and May 8.

At the end of March, the ports of Los Angeles and Long Beach announced the start of an assessment process that will look at applying a $10 fee to each laden TEU container that passes through the ports. As both FEU and TEU rates remain high, the additional $10 fee referred to as the Clean Truck Fund (CTF) rate will go virtually unnoticed. In one year, however, it is estimated that $90 million will be raised which will subsidize port purchases of zero-emission trucks which align with their 2035 zero-emission drayage fleet goals.

The fees are payable by the beneficial cargo owner (BCO) rather than the truckers and follow a similar fee system established by the ports back in 2008 to subsidize low-sulfur diesel trucks, which reduced the ports’ diesel particulate matter emissions by 97%. While the new fee focuses on achieving emission goals, the ports also hope to lower the production price of zero-emission trucks.

Container spot rates from Asia to the US West Coast fell by 11% between the Lunar New Year and March 11, combined with lower US truckload spot rates and signs that record ocean and surface transportation prices will start normalizing by mid-2022 or the start of 2023. Unfortunately, the news is a cold comfort for shippers as volume pressure and port performance, as well as increases in fuel prices, inflation, and severe market volatility continue to cause problems throughout the nation.