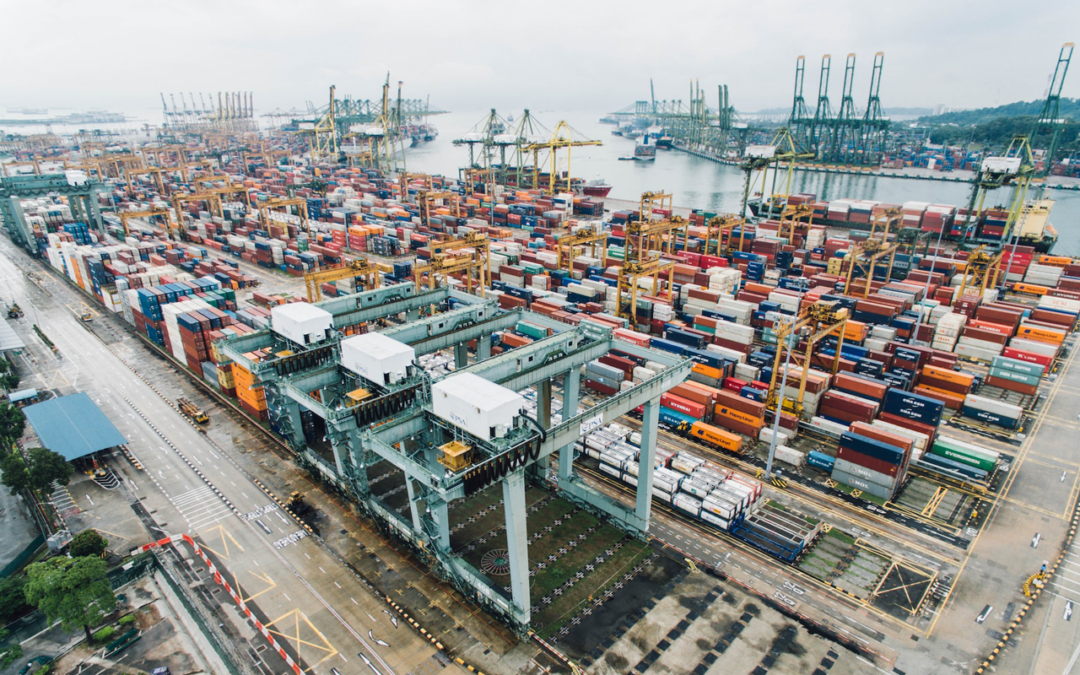 Key drivers of this change include changing consumer behavior, such as the recent increase in online grocery shopping, population growth, and cargo movement away from the West Coast during Longshore labor union contract negotiations. Many new cold storage sites are being constructed in the South East and throughout the Sunshine Belt, as well as around ports specializing in reefer containers.

The second half of 2022 will see import rates fall by approximately 3.1% compared to the previous year’s period, with inflation and higher interest rates pushing consumer demand down. This trend will continue into 2023. Although cargo volumes are still higher than they were pre-pandemic, their growth rate has slowed and, in some cases, even slipped into negative figures.

Predictions from retailers of continued yet modest growth just a few months ago have changed to reflect the forthcoming import volume drops, according to Global Port Tracker (GPT). Instead of a 0.4% gain in September, imports will decrease by approximately 1.8%, with October down 4.8%, November down 3.3%, and December down 4%.

Regardless of the drops in import demand for the year’s second half, 2022 will most likely still have a total import TEU volume larger than last year’s, thanks to the surges in containerized goods at the start of the year. 2021 set a record of 25.8 million TEU, and based on current predictions, 2022 will achieve 26.1 million TEU for the entire year.

The coming two years will not be as profitable for ocean carriers as the previous two have been due to economic slowdown, declining demand, and overcapacity. HSBC’s industry research “Back to Earth” outlined an unavoidable market downturn for ocean carriers that will reach its deepest point by 2024. However, it is unlikely that market rates will continue to fall lower than pre-pandemic rates.

Spot rates have already declined since January, with the average spot rate on the trans-Pacific dropping by 34% since January 1 to $5,165/FEU, approximately $1,651 lower than current average contract rates.

According to the US Department of Labor, US transport hiring has continued to rise since March, but with uneven growth. Trucking added 77,600 jobs since the end of the first quarter, while employment levels in US warehouses simultaneously declined by 21,000. Data from the US Bureau of Labor Statistics shows an increase of 20,300 actual jobs in August without seasonal adjustment, recovering from a drop of 36,200 jobs in July.

The job losses of the last few months indicate that the transportation and warehousing industries are operating at capacity, with vacancy rates in multiple markets sitting at or below 2%. According to the For-Hire Trucking Employment Index, trucking employment remains higher than its pre-pandemic levels, with 5.8% more jobs compared with the final quarter of 2018.

Typhoon Hinnamor is causing delays for ocean liners in some of Asia’s main ports, including Busan, Ningbo, and Shanghai, as the typhoon’s 90-mile-an-hour winds hit the coasts of eastern China and South Korea last weekend.

The China business unit of FIBS Logistics, based in Dubai, expects two-day delays for vessels departing the Yangshen deep-water container terminal and multiple terminals in Ningbo. The typhoon forced affected container terminals to suspend vessel loading on Sunday, with Ningbo returning to operations on Monday while other terminals reopened on Tuesday, causing the two-day vessel delay.

Shuttle sailings at Busan for the week were postponed for the following week instead. No casualties or severe damages is reported as a result of the typhoon.

US Freight Railroads Prepare For Disruption Due To Labor Dispute

In preparation for a potential strike or slowdown this Friday (September 16) by the two largest railroad unions in the United States, virtually all U.S. freight railroads are canceling or reducing service on Tuesday. The cancellations and reductions are expected to remain in effect until the labor dispute is settled. The announcement comes after the latest round of talks did not result in an agreement. While negotiations are ongoing, railroads are taking these actions to ensure that crews, equipment, and freight safely reach their destinations with minimal disruption should a labor action occur. This labor issue comes as many gateway rail transfers like LA-Long Beach and inland hubs like Chicago, St. Louis, Dallas, Memphis, and Kansas City are already experiencing severe ground stacking and congestion. Any organized action can potentially halt rail cargo indefinitely.

Photo by CHUTTERSNAP on Unsplash