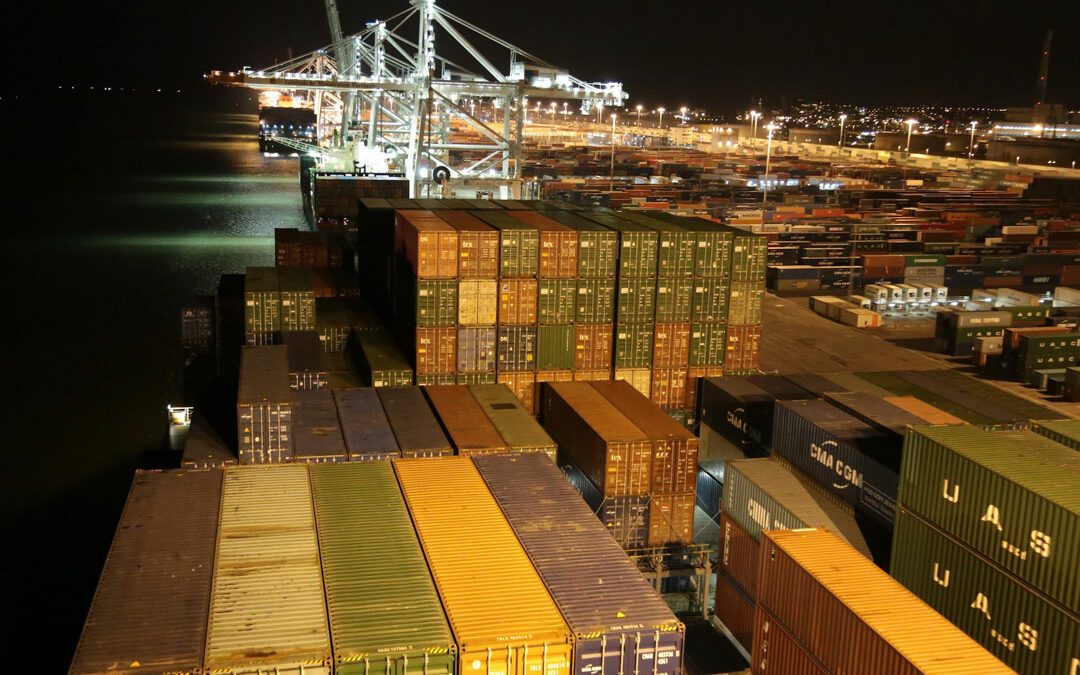 US Retailers announced on October 7 that forecasts for October imports dropped by almost two-fold, according to Global Port Tracker (GPT).

One month ago, the National Retail Federation predicted October imports would fall 4.8% year-over-year. Now, the year-over-year October import forecast is at a 9.4% deficit from October 2021. Import volume forecasts for the rest of the year have also been downgraded from previous calculations after well-stocked retailers front-loaded orders in the first half of the year to avoid rising inflation and supply chain disruptions.

November’s predicted import volume, which sat at a 3.3% deficit just a month ago, has now dropped to a 4.9% deficit compared with November 2021. December’s original import forecast was for a 4% drop, now predicted to be a 6.1% decline and the lowest import volume since February 2021.

Despite the 4% year-over-year decline in imports for the entire second half of 2022, the National Retail Federation reports that retail sales for the year will sit between 6% and 8% higher than in 2021.

A wave of new, surplus container tonnage is on its way over the next two years. It presents a unique challenge for carriers as ocean shipping demand drops and the possibility of recessions in Europe and the US looms.

Total orders in October for new container ships totaled just under 7 million TEU. Out of the current orders, 2.8 million TEU will arrive in 2023 and an additional 2.8 million TEU in 2024. Additionally, Tonnage and container capacity tied up in bottlenecked supply chains over the past two years is increasing capacity as ports and inland facilities clear their backlogs.

Maritime research and consulting company Drewry expects that in 2023, shipping capacity will see a net increase of 11.3% against a low 1.9% increase in demand.

The challenge carriers face to maneuver surplus tonnage is highlighted by the World Trade Organization’s prediction that global merchandise trade will only grow by 1% in 2023, compared with the previous projection of 3.4%.

Current levels of surplus capacity are already pushing ocean spot rates down. Asia-US West Coast spot rates have dropped by over 70% to $2,440/FEU from the peak on March 1. Asia-North Europe has also declined by 60% to $3,315/TEU from the record highs seen on January 1.

Carriers operating in the Asia-US West Coast spot market are preparing for when spot rates drop to levels that will incur losses on every shipment. Spot rates in the Asia-US West Coast market are approaching pre-pandemic levels of $2,000/FEU. However, carrier operating costs are significantly higher than in 2019 due to supply chain bottleneck disruptions, increased fuel prices, and inflation.

When spot rates dip below the break-even mark, carriers will start implementing strategies to limit losses. For example, some carriers may make case-by-case decisions on whether to take containers from Asian load ports based on if they will break even.

Carriers within the three alliances operating in the trans-Pacific market have various options to weather the storm until Q2 2023, when spot rates will recover. Blank sailings will increase to reduce over-capacity, and some carriers will cancel entire services, like Mediterranean Shipping Co., which suspended their Sequoia service from China to Long Beach.

Maersk recently announced plans to operate vessels at a slower speed to reduce costs, and some carriers are offering shippers short-term contracts at a lower rate than regular service contract rates but higher than the plummeting spot rate.

The Port of New York-New Jersey will publish a revised version of the port’s tariff for long-dwelling containers. The “container imbalance fee” targets carriers who do not remove enough empty containers from the port with a $100/container fee. The original tariff required carriers to remove at least 110% of the number of import containers they dropped off each quarter.

Preliminary feedback indicated that small carriers did not have the capacity to meet this requirement, while other carriers involved in inland intermodal freight transport containers before retrieving their empties from other ports.

The revised form now requires carriers to remove the same quantity of empties as the import containers they deliver. If containers still dwell at the port after carriers meet their balance, the threshold will rise to encourage more container removal before penalties are issued.

Ocean carriers must also report their quarterly container balances directly to the port.

In response to the lack of service for the cold storage market, several ports are setting resources and equipment aside to encourage US reefer exporters and importers. The Port of Houston is now leasing 1,500 genset chassis for temporary storage while constructing a rack power system. Additionally, the Port of Philadelphia is adding 200,000 square feet of cold storage warehousing to its existing 360,000 square feet.

Photo by Bernd Dittrich on Unsplash