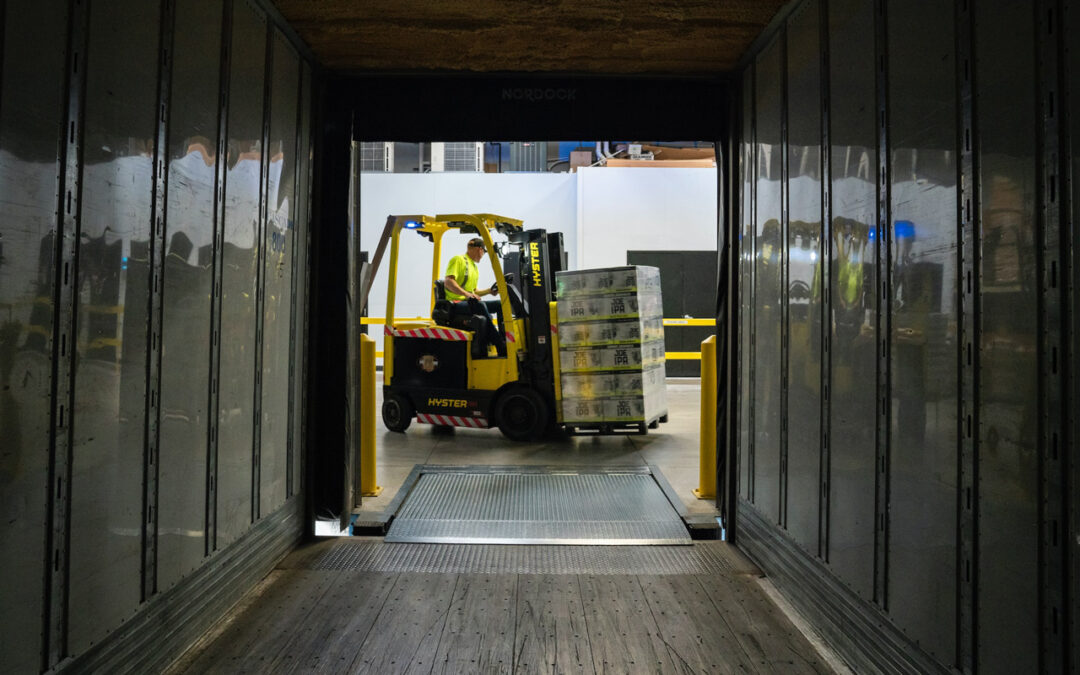 In 2023 and 2024, container shipping capacity will grow by 8-9%, while the growth in container shipment volumes will likely shift into the negatives. With these figures alone, industry leaders expect container demand growth to stay at one-third that of the added capacity of new fleet tonnage, spelling an excess capacity problem for carriers.

Carriers will look forward to the International Maritime Organization’s (IMO’s) new energy and design efficiency rules coming into force on January 1 2023. The new regulations requiring slower vessel traveling speeds will reduce functional global capacity by approximately 10% while scrapping older vessels with design inefficiencies will remove another 5% by 2024. These two measures will severely temper the impact of the incoming capacity boom amongst ocean carriers.

US Truck Tonnage Increases Thanks to Industrial Rebound

Strong manufacturing performance indicates that the US economy is performing better than initially expected. This also supports higher than-expected measurements on the seasonally-adjusted For-Hire Truck Tonnage Index released by the American Trucking Association, increasing 0.5% from August to September and 5.5% year-over-year.

September’s truck tonnage measurements are the highest since August 2019 and the third-highest on record.

Significant diversions of imports away from the port of Los Angeles-Long Beach to the East and Gulf Coast allow the port to process and reduce vessel backlogs, container dwell times, and chassis street dwell times.

The diversions are in reaction to ongoing contract negotiations between the International Longshore and Warehouse Union (ILWU) and the Pacific Maritime Association (PMA) on the West Coast. Through 2022 until September, imports from Asia to the East Coast increased by 11.8%, while imports to the Gulf Coast increased by 29.2%. Asian imports across the Pacific to the West Coast decreased by 1.7% in the same period.

The decrease in import volumes to the West Coast, mainly to Los Angeles-Long Beach, has allowed the port to make headway in clearing backlogs of vessels, containers, and chassis, which have plagued the port since last year and earlier.

On October 18, the Port of Los Angeles-Long Beach had seven vessels waiting to unload, compared to January’s peak of 109. Average truck turn-around time improved, dropping from 92 minutes in January to 77 minutes in August, then 71 minutes in September. And finally, containers dwelling on dock for nine days or longer have been cut down by 70% compared with peak levels in Fall 2021.

Possible US Warehousing Supply Shortage Coming by the end of 2023

Logistics developer ProLogis warns that there is a potential warehousing supply shortage in the industrial warehousing market by late 2023. According to ProLogis CFO Time Arndt, the industry has enough storage supply for the next 22 months. However, at the end of 2023, a supply gap of 15% may open up, mainly caused by construction costs, energy costs, and other related expenses.

Some industrial warehouse storage markets throughout the country have record-low vacancy rates. Savannah has just 0.1% vacancy, while other coastal markets average approximately 1.7%. The national average for October is just 3%, compared with pre-pandemic vacancy rates of 6-8%.

Until the new construction of industrial storage supply meets demand, which has already driven rental prices up 28% this year, the warehousing supply shortage at the end of 2023 will continue to be a possibility.

Services Are Starting to Improve Between Railroads and Shippers

J. B. Hunt Transport Services measured a decrease of 6% year-over-year in their box turn ratio for the third quarter, indicating that services remain slow between shippers and railroads. A reduction in box turn ratio also means an increase in prices for shippers, as more drivers and containers are needed to transport cargo.

Despite the slow activity on US railroads, there are signs that the rail market is improving, eventually improving rail reliability and prices for shippers.

To confidently sell intercontinental rail services, intermodal companies want to aim for 85% on-time performance. BNSF’s on-time performance in the final weeks of June averaged 59.7%, increasing to 76.6% between September 5 and October 7.

On-time performance is just one aspect of the larger picture, though. The rail industry still faces severe equipment shortages, so another way to bring down rail prices is if shippers work to maximize the utilization of as many carts as possible and to unload those carts as fast and efficiently as possible.

It is still too early to say if prices will rise, fall, or remain at their current levels into 2023.

Photo by Elevate on Unsplash