Eastbound Trans-Pacific Recovery a Year Away and More News 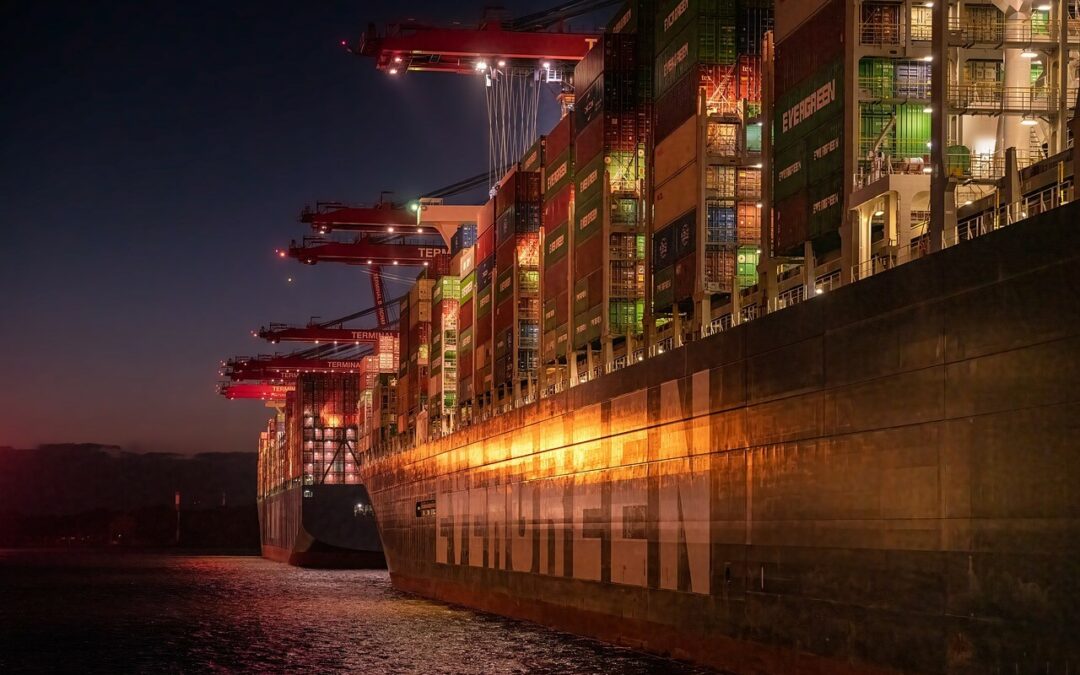 The Eastbound trans-Pacific ocean freight market is going through a tumultuous recovery after large quantities of vessel capacity re-entered the market amid dropping cargo volumes. As a result of fast-dropping spot rates, blank sailings, and growing cancellations, analysts predict that the market won’t likely return to normalcy for at least another year. This means the effects of overcapacity could last until 2023’s peak season at the earliest, or until the Chinese Lunar New Year in 2024 at the latest.

Analysts and economists cannot say when the trans-Pacific market will recover, as retailers need to first correct any inventory imbalances before placing more orders to boost cargo volumes.

US less-than-truckload (LTL) carriers are experiencing softening demand in the fourth quarter, with a 7.3% year-over-year decline in day-time shipments for November. At the same time, however, LTL carriers such as Old Dominion Freight Line (ODFL) are reporting revenue increases of 7.3% caused by a total 17.3% increase in LTL revenue yield (including fuel surcharges) in October and November year-over-year. Excluding fuel surcharges, the October and November revenue yield increase is approximately 8.6%.

One reason LTL revenue remains high amid dropping demand is falling costs for LTL carriers. According to the US LTL producer price index (PPI) from the US Bureau of Labor Statistics, average LTL carrier selling prices were still up 9.2% year-over-year in October 2022, even after dropping 10% from May through to October.

Additionally, the LTL PPI rose an astonishing 65% from May 2020 until May 2022, an elevation that is still generating higher profits regardless of recent drops in LTL demand.

Gene Seroka, the Port of Los Angeles’ Executive Director, indicated that free time terms in container service agreements have “got to be eliminated.” Excessive free time for containers allowed for unnecessary cargo buildup on terminals years before the large surges in cargo volume during the COVID-19 pandemic.

Thanks to free time clauses in contracts between carriers and shippers, when cargo surges started in the first few months of the pandemic, many shippers chose to utilize their free time clauses as per normal practice. This practice turned port terminals into storage facilities, creating additional bottlenecks in terminals throughout the country. Although the practice was not an issue during normal cargo movement, the pandemic’s unique cargo volumes highlighted container free time as reducing port and terminal resilience.

Regulating free time for cargo is a unique challenge for the Federal Maritime Commission (FMC). Some within the FMC believe that extended free time clauses could be reviewed as part of the latest Ocean Shipping Reform Act 2022 (OSRA-22) as they reduce incentives for cargo movement. Others in the FMC do not believe that it’s good practice for the FMC to become heavily involved in private contracts between carriers and shippers.

On the other hand, shippers stated that terminal congestion was not the sole fault of free time for containers. Many Beneficial Cargo Owners (BCOs) could not retrieve or drop off containers due to limited chassis inventory, rail congestion, warehouse capacity, trucker availability, and more.

The International Longshoremen’s Association union is confident that it will secure a new six-year coast-wide labor contract along the East and Gulf coasts in next year’s negotiations, referencing a quickly-negotiated 2018 contract between ILA and the US Maritime Alliance (USMX).

The announcement, made by ILA president Harold Daggett, has reaffirmed carrier and shipper confidence in rerouting cargo away from the West Coast to the East and Gulf Coasts.

According to the Port Authority of New York and New Jersey, at least 600,000 TEU of import cargo has been diverted from the West Coast to New York this year. October’s numbers represent the lowest percentage of Asia imports to the West Coast in 12 years, with the West Coast handling 58.8% of the nation’s imports from Asia.

Since July, changes to distribution strategies caused by e-commerce order volume and equipment manufacturers wanting to return to pre-pandemic levels have boosted trailer manufacturing rates. From September to October, trailer orders increased by 91%, placing October’s order volumes 161% higher year-over-year, driven by the high production backlogs and equipment shortages throughout the pandemic. Trailer orders increased by 159% from July to October, from 17,000 to 44,000 units.

While demand for more trailer equipment manufacturing increases, freight volumes have dipped in the final quarter of 2022 as the American Trucking Association’s For-Hire Truck Tonnage Index fell 2.3% from September to October. The Truck Tonnage Index is still, however, a full 2.8% higher year-over-year, showing that the demand from the pandemic still carries over into the final quarter of 2022.

Image by Thomas Ulrich from Pixabay