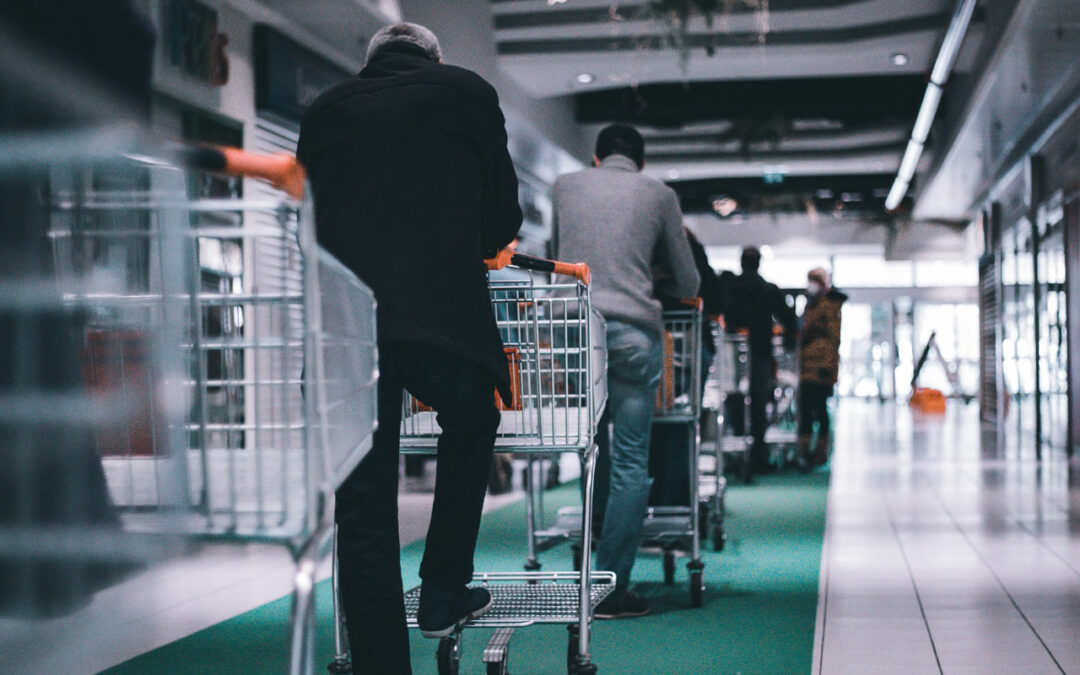 US Retail Sales Keep Rising to Pre-Pandemic Levels Despite Inflation

While the COVID-19 lockdowns throughout China have loosened spot rates and a temporary lull in American imports from China, many carriers have refused to renegotiate service contract rates with shippers. Shippers and non-vessel-operating common carriers (NVOs) are not just worried about service contract rates, as there still exists a lot of guessing and obscurity surrounding exactly how ports such as Shanghai will operate after restrictions ease and the effects that that will have on cargo movement.

While some shippers and NVOs anticipate a gradual and manageable return to import volumes similar to seasonal volumes before the lockdowns, many are worried that a strong import volume spike is on its way. The uncertainty means that shippers and NVOs do not have adequate information to plan their supply chains for the rest of the year. How import volumes recover will also affect freight rates which have recently stagnated, possibly leading to large spikes before the coming peak season.

There is some confidence that the major port congestion and backlogs of 2020 and 2021 may not repeat when Shanghai returns to full operations. This is thanks to the large number of blank sailings combined with more Asian import containers traveling to the US East Coast, giving the West Coast some reprieve.

A new platform developed by the Port of Long Beach in California, referred to as the Supply Chain Information Highway, could become the new industry standard in collecting and providing access to port and shipment data across the nation. The supply chain information platform will now expand to the Northwest Seaport Alliance and to the Utah Inland Port Authority after the Port of Oakland went live on the platform last July.

Shippers, shipping lines, truckers, and more in the US supply chain have joined the platform, which is designed for full end-to-end visibility of the supply chain. The extent to which the platform can grow will rely on getting more ports, stakeholders, and supply chain industry heads on board, and Long Beach has already contacted several ports along the East Coast to establish the platform on both coasts.

Planning has begun on how marine terminal operators can dredge the Port of New York-New Jersey and turn it into one of the deepest seaports on the East Coast in a bid to expand the port’s cargo capacity for ultra-large container ships.

Unfortunately, the port’s landside operations are still tight due to long-staying import containers, and obtaining new yard space to accommodate additional capacity will require the port to reclaim some of the historic industrial sites nearby which are important parts of the port’s legacy. Creating additional container storage space will be the biggest challenge for the port after the average container dwell time settled at between 10-14 days, double the average for last year.

If dredging is approved, the US Army Corps of Engineers will deepen the port by an additional five feet from the current 50’ depth to 55’. The largest ship so far to call into New York-New Jersey was a 16,000 TEU container ship. Under the current plans, after dredging, the port will be able to host ships of as much as 20,000 TEU, like the super-post-Panamax ships.

West Coast Port Flow and Efficiency Held Back by Rail

The US West Coast ports have made a number of improvements in order to handle peak-season imports more efficiently than last year. However, the growing dwell times of rail-bound containers are undoing all of those gains in port flow. Los Angeles-Long Beach in April experienced average dwell times of 9.6 days, compared with 7.7 days in March.

Current dwell times in Los Angeles-Long Beach will need to drop by two-thirds in order to avoid slowing down the port’s speed. Oakland saw similar dwell times, while the North West Seaport Alliance (NWSA) entered double digits in Tacoma and Seattle. The main contributors to the long dwell times are shortages of rail cars and crew.

West Coast chassis shortages are also caused by delays in unloading at many of the shipper receiving facilities. Containers are spending much more time than anticipated in the unloading facilities, a uniquely West Coast issue that hasn’t played out in the East.

In response, western railroads such as UP and BNSF are hiring more crew than before and have begun adding more rolling stock to support the western supply chain. West Coast ports have been dealing with much softer import volumes than normal, dropping 3.7% in imports from Asia as many shippers are still rerouting containers to the East Coast in response to contract negotiations between the International Longshore and Warehouse Union and port and waterfront employers. Import volumes are also down thanks to the ongoing Shanghai lockdowns, providing an opportunity for the entire West Coast to fix its rail chassis shortages before import volumes increase once Shanghai COVID restrictions are lifted.

June will see a number of blank sailings from Asia to the US and Canada as Mediterranean Shipping Co. Announced recently that its Eagle service from Asia will not call into the ports of Vancouver or Prince Rupert in the second and fourth weeks this June due to port congestion, supply chain disruption, and schedule delays. MSC is also planning blank sailings to the US East Coast throughout June, including the America/TP17, Empire/TP12, and Elephant/TP11 services.

The Canadian ports that MSC will not call into in June are already full and at capacity as shippers search for alternative import routes to avoid any disruptions caused by the West Coast Warehouse Union and employer negotiations. This has diverted the strain to the US East and Canadian ports where congestion is starting to build up once again.

MSC will also temporarily blank their scheduled call into New York-New Jersey at the end of June. Hapag-Lloyd can be seen taking similar action after extending a number of bi-weekly port omissions, including two from South America into the US East Coast due to further congestion issues. Hapag-Lloyd’s America’s service, which calls into Panama and Colombia, will keep skipping the ports of Charleston and Baltimore, while in June the same service will also begin skipping Charleston, Norfolk, and Everglades every two weeks until mid-July.