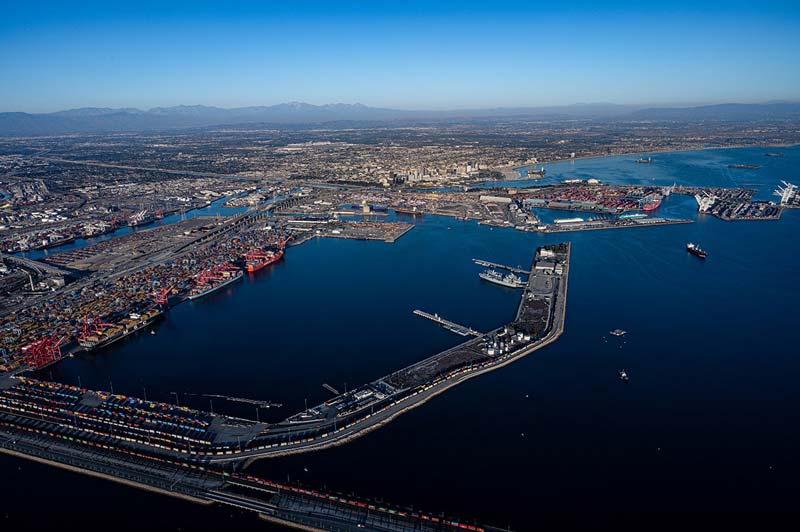 Spot rates to USEC have maintained it’s level from July while USWC rates continue to drop. Smaller carriers with chartered tonnage have started to undercut their rates in order to compete with larger carriers for USWC routes.

Though we see a slowdown of demands to transpacific market but carriers are still expecting a modest peak season from mid-August and might try to impose a Peak Season Surcharge.

More blank sailings and capacity cuts will continue in August to both USEC and USWC lanes.

That’s because of the buildup of 153 idle ships at east and Gulf Coast ports, where 92 vessels wait offshore as of June 10, led by 25 off Savannah, Georgia, 20 off Los Angeles/Long Beach, 18 off New York/New Jersey and 14 off Houston.

As of Thursday morning, ship-position data from MarineTraffic and the latest queue lists for California ports showed 43 containerships waiting off Savannah; 26 off Los Angeles/Long Beach; 24 off Houston; 18 off New York/New Jersey; 17 off Vancouver, British Columbia; 15 off Oakland, California; and 10 ships off other ports. 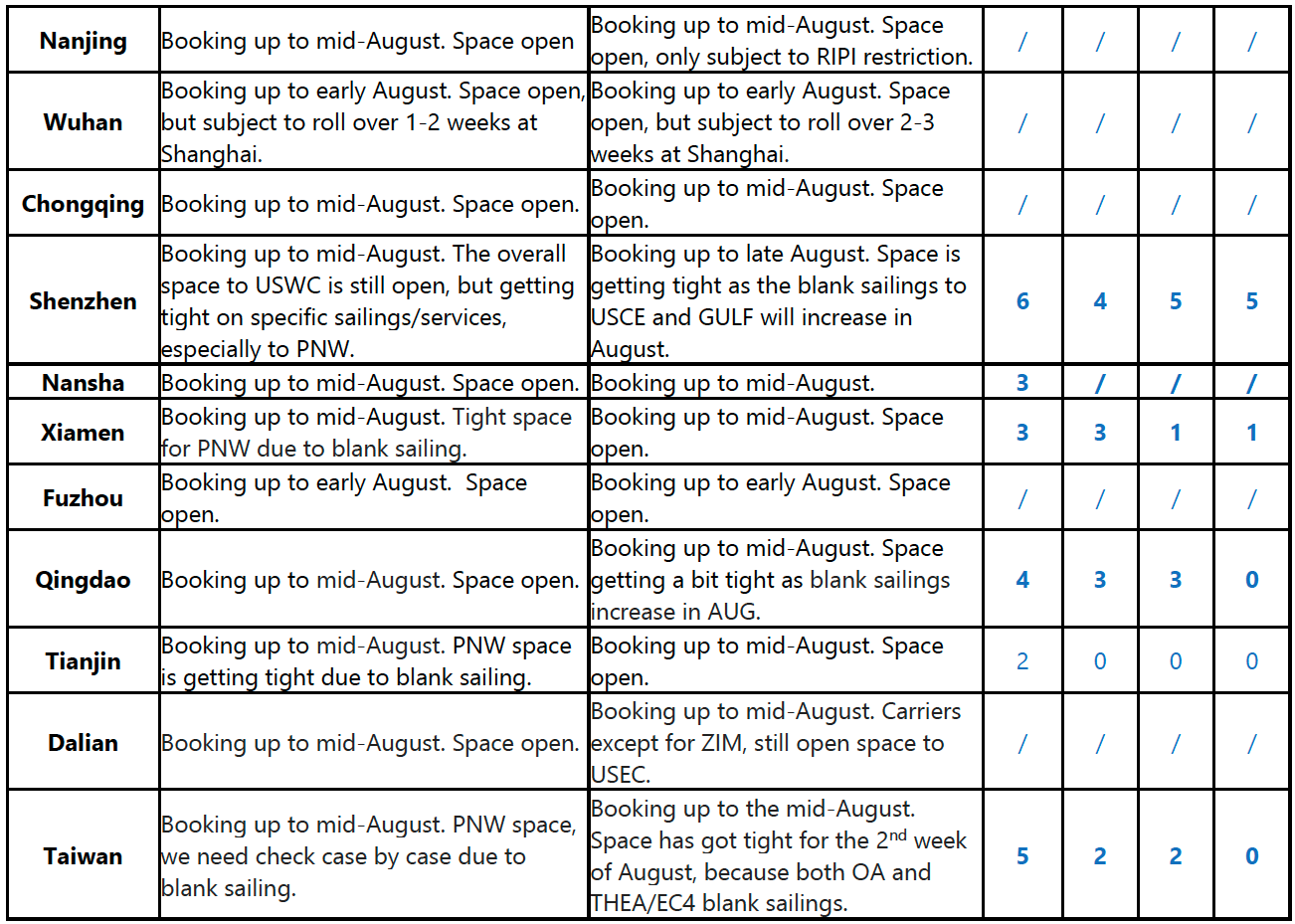 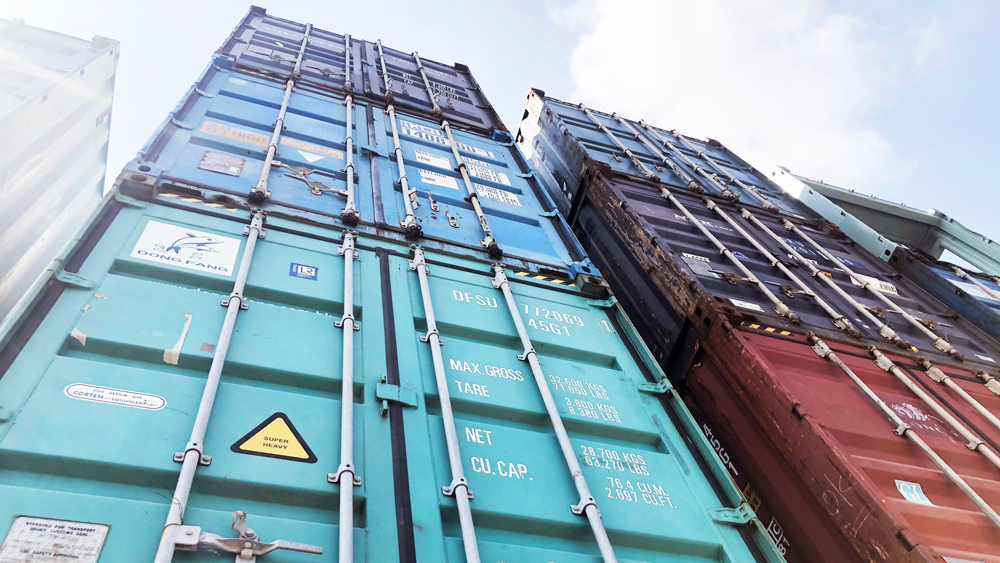 Amazon yesterday reported a Q2 net loss of $2bn, which it said was in part related to its investment in Rivian Automotive electric delivery vehicles. Net sales, meanwhile, increased 7% to $121.2 bn. 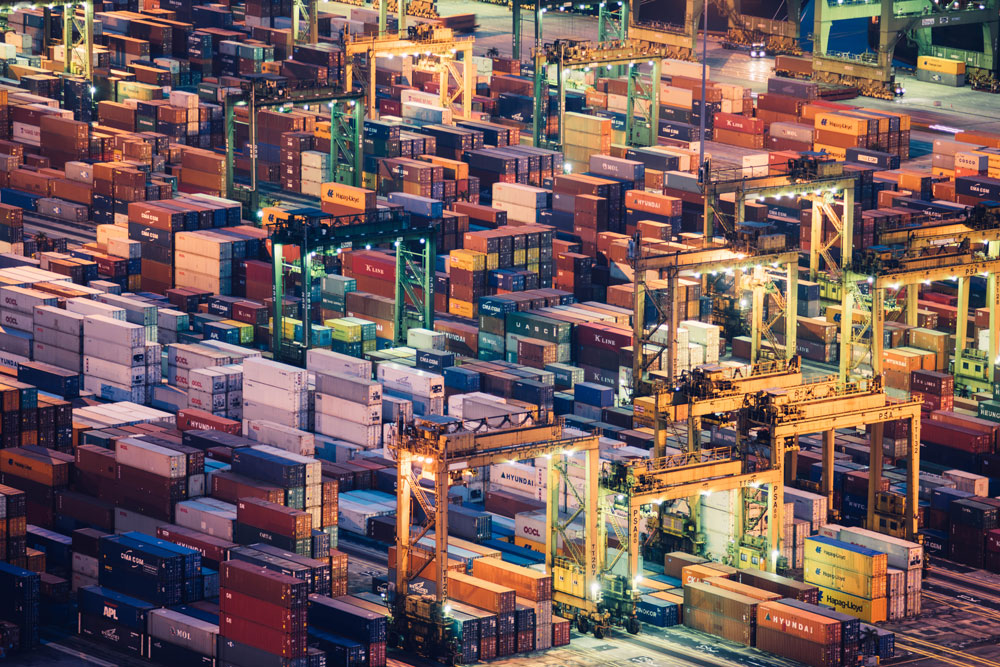 A deteriorating picture of the container freight market outlook is painted by the Maritime Strategies International’s (MSI) July Horizon report. The analysts say they continue to expect container markets to “run out of steam” in the third quarter, with “a sharper drop-off in Q4 as the unwinding supply chain disruptions and cooling consumer demand drive the decline in freight and time charter rates”.