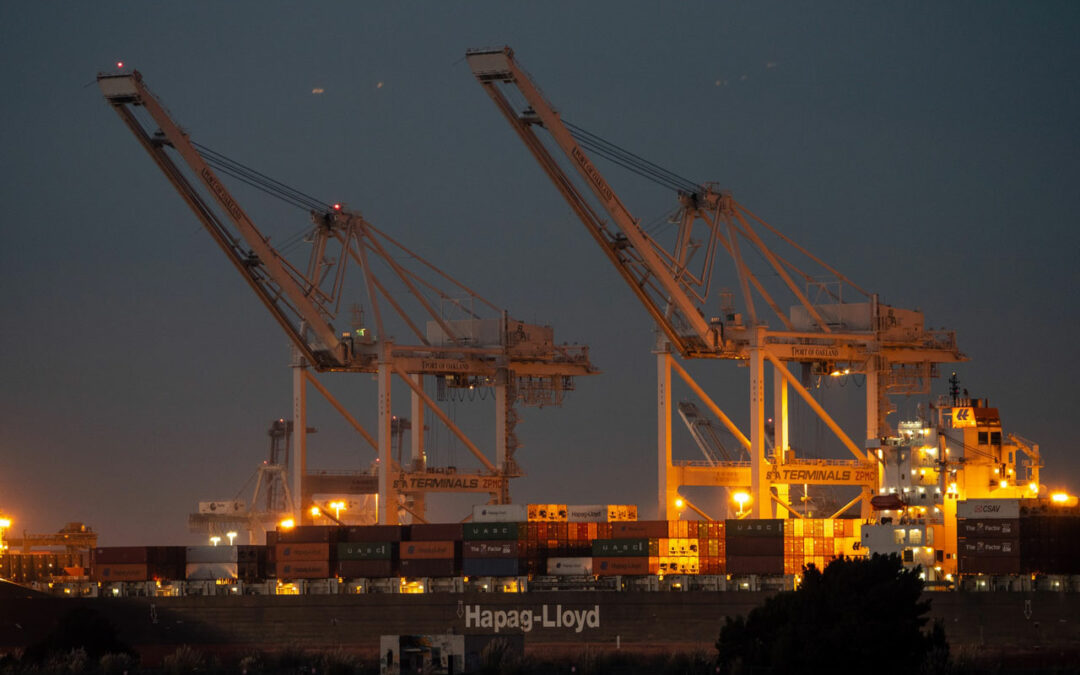 According to the US Bank, shippers spent more on trucking in the second quarter of 2022 than in the first quarter as truck freight continues to move away from the spot market toward contracts. The Northeast, in particular, experienced a 7.3% increase in truck shipments between the first and second quarters of this year and an 8.8% year-over-year increase for the second quarter, driven by strong manufacturing output.

According to the US Bank, while many aspects of the freight market have slowed down, including a softening spot market, contract freight has remained strong. Nationwide spending on trucking rose 3.3% between the first and second quarters and 19.7% year-over-year, with the highest increases in the West and Southwest. Although rising fuel costs influence these figures, consistent demand and a growing reliance on trucking contracts are likely the main contributors.

California’s new AB5 labor law, which is forcing Californian owner-operator truckers off the road until they comply with the new definitions of employee and employer, has led to large protests in the terminals of the Port of Oakland.

Mid-July saw picket lines around employee parking lots encouraging longshore employees to avoid entering the terminal. The owner-operator truck protesters then focused on blocking trucking gates so that port congestion would rise, forcing the port and the state to review the controversial AB5 legislation.

By July 21, the Oakland International Container Terminal and Trapac announced full-day closures of their truck gates. In talks with port officials, protesters asked the port to pressure California governors to exclude owner-operator truckers from the new legislation, which could see as many as 70,000 of the state’s truckers temporarily taken off of the road, or revoke the legislation entirely. Until California’s governors give a meaningful response, protests could continue for some weeks, forcing significant slowdowns in one of California’s largest container ports.

Container shipping rates on the spot market from Asia to the US East Coast are at their all-time low for 2022 as shippers slow down on orders for Asian imports. The average short-term ocean spot rate from Shanghai to New York-New Jersey peaked in January at $12,155 per FEU, falling to the year’s lowest rate of $9,378 at the beginning of July, according to Xeneta.

The drop in spot rates is mainly due to shippers and retailers who have already received all of their cargo after placing early orders and backfilling inventory to overcome potential supply chain issues. However, the slowdown will not be as noticeable as anticipated, as non-Asian trade to the US East Coast remains strong and shipments continue to divert from the West Coast to the East as longshore labor negotiations continue.

Despite the softer ocean container spot market, contract markets remain stable, and capacity will likely tighten as ordering for back-to-school and holiday seasons begins. And because East Coast ports remain busy due to non-Asian trade and West Coast diversions, current vessel backlogs and trucking congestion in several eastern ports will continue for the foreseeable short term.

The current slowdown is not just caused by a drop in orders, though, as factories throughout Shanghai in China reportedly take longer to reach peak performance after the region’s COVID-19 lockdowns and continued outbreaks.

US Manufacturing Stocks Increase While Retail Inventories Level Off

On average, US stockpiles of goods are growing slowly but steadily by 0.7% unadjusted from April to May. However, stockpiles are not evenly distributed across industries, as retailers and wholesalers attempt to reduce the amount of stock they currently have in the face of changing consumer behavior while manufacturing works to increase the amount of raw material stocks in the US. In May, retail inventories unadjusted for seasonality dropped by $293 million, while manufacturing inventories rose by $12.7 billion.

Due to ongoing supply chain disruptions, US manufacturers now have to increase their US-side inventories to continue manufacturing goods and materials that, before the pandemic, did not require such large inventories for regular and efficient production. According to the US Federal Reserve Board and the US Census Bureau, manufacturer materials and supply inventories are growing faster than their finished good inventories, placing additional strain on US warehousing which is already stretched due to high amounts of retail and wholesale stock.

The lack of warehouse vacancies throughout the US has a ripple effect throughout the supply chain, creating gridlocks in intermodal yards and distribution facilities which then affect ports and ships still at sea.

June saw record high levels of cargo coming into East Coast ports from across the Atlantic, continuing the volume gains seen in May driven by consumer and manufacturing demand.

North Europe and Mediterranean imports jointly rose by 13.8% from May to June and 8.9% year over year to a new June record of 343,651 TEU. This increase starkly contrasts with the first half of 2022, which saw westbound imports from Europe drop by 0.6% compared with 2021’s numbers. The continually high import numbers from May and June are causing further supply chain disruptions, as carrier schedules experience disruptions due to congested ports, terminals struggle to move the increased numbers of imports, and as inland logistics chains struggle to move containers fast enough and overcome long dwell times.

Carriers are warning that the current challenges will likely continue for the rest of the year as Atlantic import volumes combine with diversions from the US West Coast. Maersk has now reset three of its Atlantic services since its vessels could not make up for the lost time, while other carriers are resorting to more blank sailings after approximately 20% of all westbound North Europe to North America sailings arrived more than a day later than scheduled.

New OSRA-22 Regulations a Challenge for Ocean Carriers and Ports

The new Ocean Shipping Reform Act of 2022 came into law in June, regulating how carriers and ports can levy demurrage and detention fees on containers. The act allows the Federal Maritime Commission (FMC) to fine carriers and ports should they apply demurrage and detention fees to containers where longer dwelling times are out of the shipper’s control and not the shipper’s fault.

OSRA-22 also requires ports and carriers to standardize their per diem invoices to include 13 specific items, such as container numbers, how they calculate fees, and contacts for disputes. While the per diem invoice regulations were effective immediately when the act became law, many carriers and ports are struggling to change their invoicing and billing practices to keep up with the change, and fully compliant per diem invoicing may still be months away in some cases. As a result, many shippers and forwarders who receive non-compliant invoices from ports and carriers are sending them back to the issuer. If not rectified, they can take the matter to the FMC as a complaint for non-compliance.

The changes in billing practices vary between carriers. Hapag-Lloyd, for example, stopped billing their customers for container storage in the Port of New York and New Jersey on July 1 to avoid issuing non-compliant invoices. The carrier still invoices for regular demurrage charges resulting from stays longer than their established free time in off-terminal locations. However, any fees owed to the terminal will no longer be billed through the carrier and must be paid directly to the terminal. Other carriers such as Yang Ming and Wan Hai lines are following suit and no longer bill on behalf of marine terminals.

Other carriers are delaying all of their per diem billing until they have the appropriate system upgrades in place to do so and maintain OSRA-22 compliance.