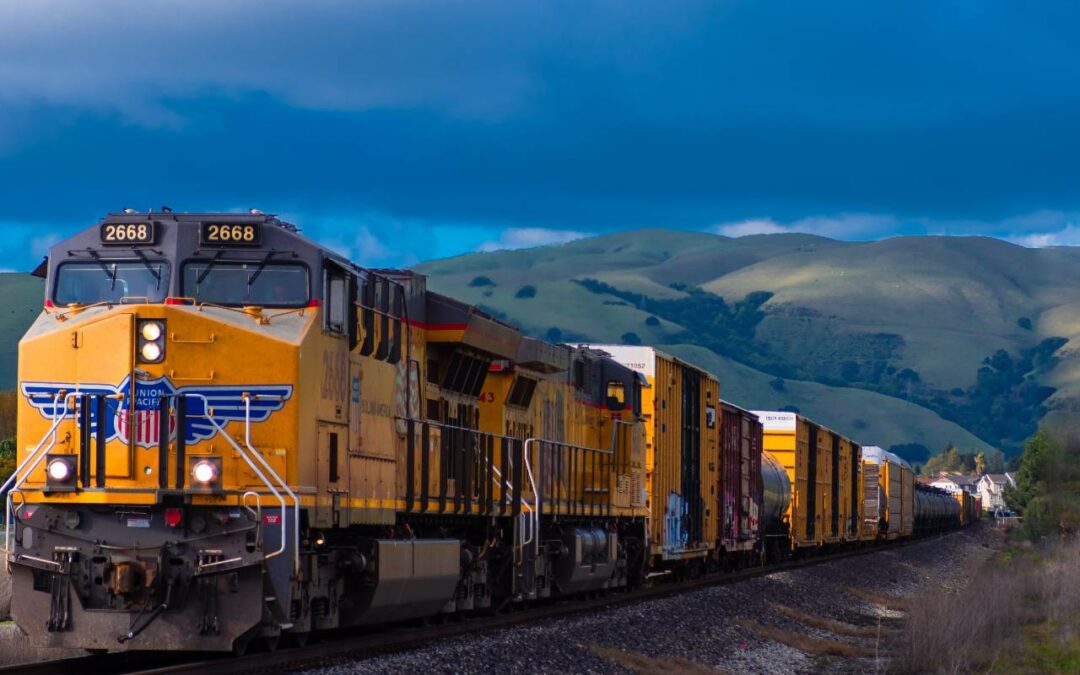 An import surge from China to the USA continues to build as Shanghai remains in lockdown, while the current freight surge to the US East Coast leaves the NY-NJ port congested with empty containers. Due to cargo rerouting, delays at Shanghai’s neighboring Ningbo port increased to three to four days. Hapag-Lloyd is penalized by the FMC for demurrage charges, and US shippers nationwide call for action as poor rail services and delays lead to increased costs that will affect the nation’s global competitiveness.

Forwarders and Carriers Brace for the Next Trans-Pacific Shipment Surge

COVID-19 lockdowns in Shanghai, China, have slowed down the ports and factories in the area since the Chinese government started lockdowns on April 4 to contain the nation’s largest outbreak since the pandemic began. Even though shipment volume and traffic across the trans-pacific from China to the USA has slowed down as a result of decreased port and factory efficiency, supply chain professionals are expecting a substantial surge in Chinese imports once restrictions ease. The surge could cause further port delays, congestion, and disruptions to the US supply chain, similar to what occurred over the past two years

It is possible that the coming import surge from China could delay any return to normality for carriers, ports, and inland transportation until the end of the year and into 2023. Some shippers are also anticipating a drop in carrier rates due to the reduced trans-pacific activity. However, many are preparing for price spikes once movement from Shanghai resumes and competition to move Chinese imports explodes.

Some carriers have resisted adding new named accounts to contracts, while many others are avoiding giving any fixed rates and instead prefer to steer customers towards the spot market for the time being, a sign that a potential spike in prices is coming this Spring or Summer.

Asian imports to the US West Coast continue to travel to the East Coast to avoid port congestion from labor negotiations still affecting the West. The increased activity in the East is causing complications for truckers operating in the Port of New York-New Jersey, with truckers saying the ports and carriers should be doing more to facilitate the transportation and removal of empty containers.

While the New York-New Jersey port considers a new rule that would match the number of inbound import containers with outbound empty containers to ensure that empty containers are removed, truckers in the area are suggesting that longer operating hours are needed as there are already hundreds of empties that need to be handled before more imports can be processed. The empty container issues in NY-NJ came to a head when eight different ocean carriers sent notices to New Jersey motor carriers blocking the returns of specific container types throughout April, leaving more containers to sit at the port and at distant off-dock storage facilities.

In the first quarter of 2022, the Port of New York-New Jersey saw a 9% year-over-year increase in Asian imports, while Long Beach on the West Coast saw a 3% drop in that same period. More activity spikes look to be on the way as almost all vessel services from Asia on the East Coast are fully booked until May, indicating that ports and carriers need to do more to ease the pressure that empty container backlogs have on trucking before the issue grows.

Before lockdowns began in Shanghai, nearby Ningbo port saw vessel wait times of under 24 hours which have since increased to wait times of three or four days as more cargo is diverted from Shanghai. Even though Shanghai’s efficiency has seen improvements over the past week, thanks to reopening warehouses and easing restrictions on dangerous goods cargoes, carriers are still choosing to skip Shanghai on intra-Asia services, placing extra strain on Ningbo, the world’s third-busiest container port.

14-day ocean volumes through Ningbo have, as a result, surged by 14%. For comparison, Shanghai’s 14-day average ocean cargo volume dropped by 24% compared with March 12, one day before lockdowns began.

Coming bad weather, such as strong winds and monsoon conditions that could close Ningbo port and worsen port conditions, coupled with possible lockdowns in Beijing, indicate that China’s port woes will not be over anytime soon.

A Federal Maritime Commission (FMC) investigation looking at whether Hapag-Lloyd improperly assessed detention charges to a California drayage provider resulted in a US administrative law judge ordering the carrier to pay $822,220 in civil damages. The case could act as a precedent for other shippers, as the FMC calls for more complaints to be brought to their attention.

The FMC’s Bureau of Enforcement found the carrier guilty of imposing and refusing to waive detention charges even when there were not enough appointments to return the empty containers. The detention charges charged to Golden State Logistics (GSL) amounted to $10,135.

The heart of the case focused on whether or not GSL actively worked to return empty containers to the ports of Los Angeles and Long Beach. GSL claimed that it had communicated to the carrier that it would not be able to make its appointments in December to return empties despite attempts to do so. However, the carrier refused to waive the detention fees regardless, ignoring the requests.

Shippers Call for Regulators to Intervene Regarding Rail Service Challenges

Challenges to national rail services, including long delays and labor constraints, are threatening to cause more supply chain disruptions, leading shippers to ask White House regulators to act. The US agriculture industry, in particular, could be hit hard by excessive rail delays and poor service as the delay in receiving products such as fertilizer could impact their planting season and reduce the size of the nation’s coming fall crops.

Earlier in April, the Surface Transportation Board announced a two-day emergency hearing to hear shippers’ and businesses’ complaints and press railroad executives on their short-term and long-term plans to improve service. In response, the White House also announced a plan to provide businesses with easier access to service relief in a bid to keep the US competitive on the global market.

The chief complaints from shippers and businesses, particularly from the agriculture and chemical production industries, were that unfilled orders and other delays left them with more fees and higher costs as a direct result of poor rail service.

Unfilled grain orders in the agriculture industry have even grown to their highest on record, and some livestock operations have had to consider reducing the sizes of their herds as grain and feed have failed to arrive. From ethanol and biodiesel facilities to sweetener production facilities, many factories have had to slow down and, in some cases, completely cease operations in the past year due to a lack of rail services.

Delays have also led to increases in demurrage fees, an additional cost passed directly onto the consumer. Shippers are now asking authorities to penalize rail carriers for delays similar to demurrage fees to incentivize them to avoid delays. Other suggestions include limiting train lengths to increase transit speeds, preventing railroads from idling trains once they hit a certain speed, and the creation of service assurance plans along with reciprocal switching rules to provide shippers with a broader range of options in dealing with rail congestion.