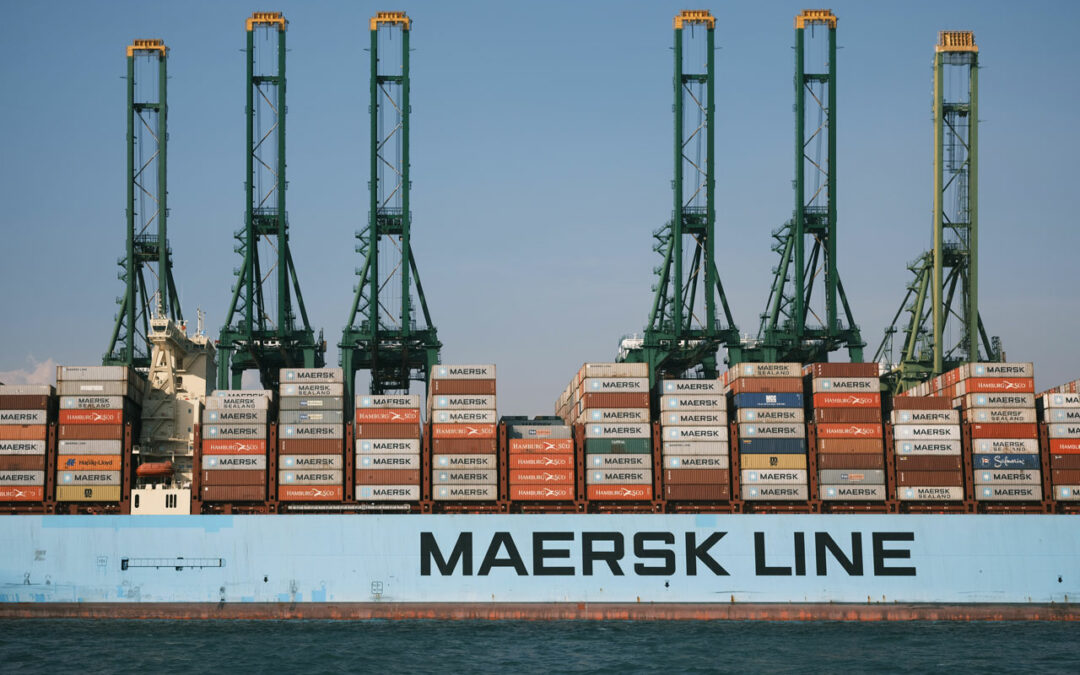 Shippers Lose Billions Due to Vessel Delays Over Past Two Years

According to estimates from Sea-Intelligence Maritime Analysis, shippers forced to carry additional inventory over the past two years to compensate for regular container vessel delays lost a combined value of approximately $10 billion since 2020. As port congestion continues to plague the nation’s ports and supply chains, shippers will likely have to brace for more congestion and losses as peak shipping season nears.

The Sea-Intelligence Maritime Analysis estimates that before the COVID-19 pandemic, 8 million TEU days were lost each month due to port delays and interruptions to shipping schedules. By January 2022, that number increased to losses of as much as 70 million TEU days per month. Lost TEU days are calculated by multiplying the number of TEUs that are late by the number of days they are late. By March 2022, lost TEU days dropped to 57 million. However, the coming peak season will increase losses for shippers once more.

Supply chain disruptions combined with ongoing COVID lockdowns in China forced carriers to carry out more blank sailings and to omit port calls over the last few months, reducing carrier schedule reliability from 68% in January 2020 to just 34% in April this year. This left many shippers with cargo stuck on ships, docks, or at drop-off points awaiting pickup.

The site will be situated approximately 30 miles inland from the port of New York and New Jersey and will be accessible from the ports of Philadelphia, Baltimore, and Delaware, giving Maersk an additional edge in the reefer container market as the Dayton site will become a crucial part in the carrier’s US East Coast services. Performance Team also announced that an additional reefer storage site will open near the Port of Houston in August.

Trans-Pacific carriers expect to increase their capacity in the coming 12 weeks as Shanghai begins easing the COVID lockdowns that have restricted trucking capacity and prevented cargo from moving in and out of the world’s busiest port. But even as capacity is expected to increase, carriers are still making blank sailings to the ports of Shanghai and Ningbo to try and maintain some level of schedule reliability, leaving many shippers struggling to transport cargo across the Pacific in time for early peak season.

According to Seko Logistics, the Port of Shanghai’s full container load services is back to normal operations. However, logistics companies like Seko now have to cross-check the differing COVID policies of surrounding cities before arranging pickups or deliveries from factories. Shanghai’s less-than-container load (LCL) consignments and their container freight station (CFS) have also returned to normal operations. However, issues may still arise as cargo coming from factories will need to fit in with local trucking restrictions requiring truckers to test for COVID almost daily.

Although slow, operations in the Port of Shanghai and surrounding areas are showing increased activity which will soon make its way to the US.

The declining spot truckload rates in the US have stabilized thanks to the seasonal uptick in truckload capacity and freight between Memorial Day and July 4. Between March and May, spot truckload rates declined to their lowest rates in many years, but freight has now bounced back by approximately 5% since Memorial Day. According to the JOC Shipper Truckload Spot Rate Index, shipper-paid spot rates in the US fell from $3.01/mile in April to $2.88/mile in May, although the first week of June saw the rate climb to $2.91/mile. Van spot market rates peaked in January at $3.38/mile.

Multiple clothing retailers and department stores have reported that they have the wrong inventory in stock ahead of the Independence Day sales, leaving industry analysts uncertain as to whether this will cause an additional slowdown in freight or if it will lead to heightened urgency and pressure to move cargo in the spot market.

As of the start of June, shippers are currently paying less to move cargo on the spot market than they are under contract, indicating that peak contract rates have passed, and shippers may soon look forward to more competitive contract rates.

Retailers Predict Strong US Import Numbers Will Continue Through October

US retailers predict near-record import volumes will continue through Summer and into Fall, warning the nation’s already-stressed ports and inland supply chains to focus on clearing existing backlogs in preparation for the peak Summer retail season. The coming Summer peak season will exacerbate existing port and supply chain problems.

The National Retail Federation’s (NRF) Global Port Tracker (GPT) predicts that this October will be much less consistent than the record-breaking October 2021, with some weeks seeing more cargo and others less. What is certain, however, is that import volumes for the month will average around 20% higher than in October 2019 before the effects of the pandemic took effect. This means that the stressed supply chain in the US will likely not have any time to rest, and supply chain professionals need to expect more congestion, bottlenecks, and interruptions.

US imports for June are expected to be up by 7.5% compared with the same period last year, making it the third-highest month for imports on record if the next two weeks follow the predictions. The GPT forecast predicts that July and August will see higher import rates than a year ago (an increase of 4.8% and 0.2%, respectively), while September and October will see lower import rates compared with the same months in 2021 (-0.4% and -3.8% respectively).

As factories in the Shanghai area ramp up production as COVID restrictions are lifted, the US supply chains and ports could also have to deal with an influx of backlogged cargo from China once carriers stop their blank sailings to Shanghai and Ningbo.