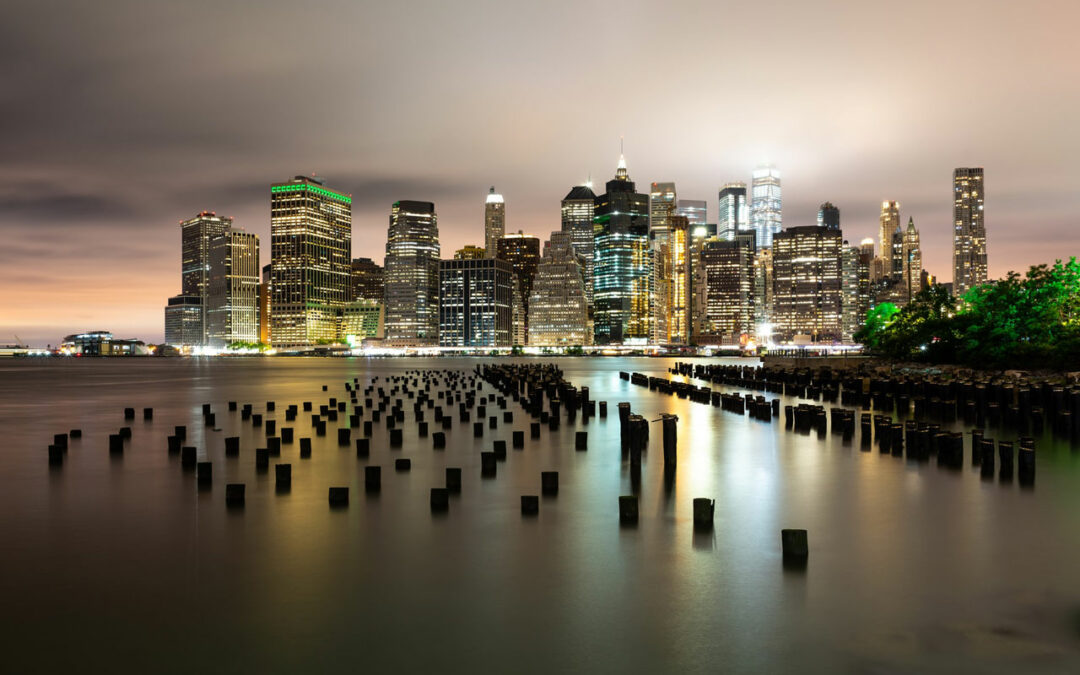 While still maintaining the market majority, this market share dropped by two points to 75.5% between January and April at the start of the year. These carriers include Cosco Shipping/OOCL, CMA CGM, Mediterranean Shipping Co (MSC), Evergreen Line, Ocean Network Express, and Maersk.

Smaller carriers such as Wan Hai Lines, which is not a member of any of the three largest east-west vessel-sharing alliances, saw the greatest increase in US import growth from January to April compared with the same period last year. Wan Hai lines took on an increase of 84% in its market share, growing from 1.8% market share in 2021 to 3.3% in the first four months of this year.

A similar trend is appearing for US exports to Asia, as the top 6 container lines experienced a combined market share drop of 1.6 points from 83.2% in 2021 to 81.6% this year. The drop in export market share also indicates that more small ocean carriers stepped in during this period to take care of market surges and could give smaller carriers an additional stepping stone to securing an even larger market share in the future.

April saw record-low schedule reliability for shippers in the trans-Atlantic. This trend is likely to continue into 2023, according to several carriers including Maersk and Hapag-Lloyd. Schedule reliability on trans-Atlantic trade for the first four months of 2022 averaged 17.4%, dropping from 28.6% for the same period in 2021 and 60% for the same period in 2020.

Port congestion on both sides of the Atlantic combined with heavily delayed vessels over the past few months meant that the number of blank sailings between Northern Europe-North America and Mediterranean-North America have increased, with 117 blank sailings by the end of July next month.

Growing import volumes to the US East Coast combined with worsening inventory problems in the US, Atlantic hurricane season closures, and slower winter crossings are the main drivers taking low schedule reliability through to next year. East Coast import volumes from Europe rose by 42% year-over-year in May to 167,961 TEU and strong import volumes will continue through the rest of the year, causing elevated rates as well.

In Europe, terminal years are chronically full as many shippers continue to delay picking up cargo due to the exorbitantly-high levels of inventory they already carry after placing orders much earlier in the season to ensure that cargo arrived on time. European throughput numbers will remain low as additional cargo freed up by the lifting of Shanghai’s COVID lockdowns will land on top of existing congestion. US East Coast ports are also still battling congestion leading to more vessel backlogs in the ports of Charleston, Savannah, Virginia, and New York and New Jersey.

Still No Immediate Remedy for US Chassis Shortage

The nationwide chassis shortage that continues to impact supply chains throughout the US does not have any end in sight after the imposed duties on Chinese-made chassis in 2020 have brought the import of new chassis into the country to a halt. The chassis shortage has left many shippers and supply chain professionals frustrated as there are not enough chassis to prevent cargo from dwelling for much longer at ports and inland checkpoints.

The problem is compounded as, for the last ten months, retailers have been ordering in and stockpiling more inventory than normal for the coming peak retail season, putting additional strain on chassis availability and leaving many more cargo containers sitting in ports. In the Port of Los Angeles this week, the average 20-foot container had a dwell time at the local warehouses or rail ramps of 7.1 days, 9.2 days for 40-foot containers. These dwell times are more than double that of what is required to maintain optimum cargo flow in the port, and it could indicate another coming backlog of containers and additional bottlenecks.

The Port of Houston started receiving federal funds recently in an attempt to bolster the port’s chassis capabilities to handle refrigerated cargo, while Norfolk Southern Motorway began metering their international intermodal volumes placing limits on how much can be shipped by rail through five inland markets to prevent chassis from all becoming locked in one part of the supply chain.

Before the 2020 duties imposed on Chinese chassis, Chinese company CIMC sourced approximately 90% of all chassis in the US market. US companies like Flexi-Van began working on getting more chassis into the country, but many chassis producers have stopped taking orders for 2023 and lead times have grown to as much as 12 months.

CIMC, now rebranded as CIE Manufacturing, is currently constructing two rail chassis production plants in Virginia and California. However, experts struggle to predict when these facilities will ease the current shortage.

The budgets of US shippers will continue to be pushed to their limits through to the end of 2022 as there is currently no indication that the high supply chain costs that peaked in 2021 will come down this year to rates resembling pre-pandemic levels. The cost of high-interest rates, high fuel prices, and additional inventory carrying costs are still greater than the recent softening of spot and contract transport rates and shippers need to prepare for high costs for the foreseeable short-term.

Speakers at the launch of the 2022 Council of Supply Chain Management Professionals’s (CSCMP) new State of Logistics Report indicated that although the long-term trends look promising, shippers will need to utilize more technology better, collaborate with carriers and other partners, and implement flexible processes to lower their own supply chain costs in the short term.

Some structural changes in the US supply chain and economy may also mean that returning to pre-pandemic costs won’t be simple if at all possible. Inventory carrying costs increase by 29.5% last year alone, while business logistics costs increased by 22.4% in 2021, according to CSCMP.

May Sees Record US Imports from Asia

Despite the Shanghai lockdowns that have lasted for the last two months, May still set a new monthly record for Asian imports into the USA leading to parts of the West Coast regaining some of their market share as East and Gulf Coast ports approached their limits.

From April to May, West Coast ports experienced an increase of almost three points in their share of the Asia import market, rising from 57.1% in April to 60% in May and indicating that after months of diversions away from the West Coast, the East and Gulf Coasts may be approaching capacity and cargo may once again return in regular volumes to the west.

Imports from Asia were 1.74 million TEU in May, a 5.7% year-over-year increase and a 25.1% increase from the pre-pandemic levels of May 2019. The executive director of the Port of Los Angeles commented in a press conference that last May was the port’s third-best month for imports in recorded history and 25% higher than the rolling average for the previous five months.