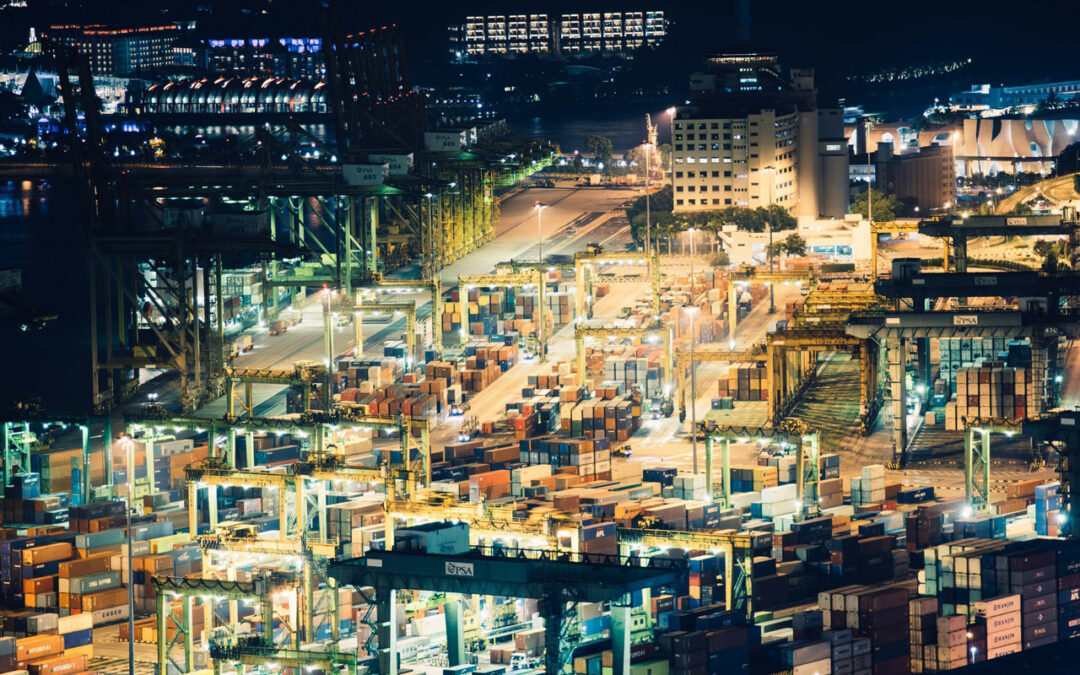 Assembly Bill 5, which after nearly three years of appeals, came into effect as of July 1 with the potential to significantly reduce the number of owner-operator truckers on Californian roads this coming peak season. Twelve Californian legislators have voiced their opposition to the inclusion of truckers under AB5, asking Gov. Newsom to exclude truckers from the worker classification law using his executive power after the US Supreme Court declined to hear the legislators’ appeals.

AB5 will create a much more detailed distinction between employees and independent contractors in California, which will reclassify all owner-operator trucking businesses in California. Affected truckers will be forced to halt operations as they work to comply with AB5’s new regulations, effectively removing close to 70,000 independent owner-operator truckers temporarily from the road during the busiest peak season of the year. Independent trucking operators make up over 70% of the trucking workforce in California.

California is still also dealing with cargo backlogs and additional supply chain issues such as rail chassis shortages, so a reduction in truckers at this time of year will aggravate existing problems. Assembly Bill 5 will restrict how businesses use independent contractors, written initially to target companies such as Uber and Lyft, where a driver’s classification as a contractor or employee affects their access to benefits. From the bill’s commencement, truckers had seven days to cease all long-standing independent business.

One way around the new bill is for trucking businesses to use their existing drivers as company employees. However, this is not appealing to most independent truckers who already own their vehicles and prefer to remain independent contractors with their own businesses. For now, Californian legislators are awaiting a response and potential action from Gov. Newsom to exclude the trucking industry from the bill.

Truck and Freight Demand Keeps Rising as the Economy Slows

US gross domestic product (GDP) for the second quarter of 2022 dropped by 1.8%, while freight across the US continued to increase, leading to a rise in truck demand. For-hire trucking ton-miles increased 1.4% in May compared with April, and 5% year over year, making this the busiest May on record according to the Bolumole-Miller ton-miles index.

Manufacturing and trucking employment rates also increased in June as US manufacturers added 132,000 new jobs and trucking 20,600, a strong signal that demand will continue for a wide range of freight services between warehouses, factories, and ports.

June imports from Asia rose 12.7% year over year, making this June the busiest on record for the East-bound trans-Pacific market with 1.69 million TEU for the month. The main reason for the growth in import cargo lies with retailers front-loading much of their fall merchandise shipments, ordering more products earlier, to avoid supply chain bottlenecks and backlogs, and to give cargo enough time to arrive as Longshore labor negotiations continue on the West Coast.

In comparison, imports for the entire first half of 2022 increased by 6.2% over the same period in 2021, showing that consumer spending has not dropped due to rising inflation, and import volumes were largely unaffected by the recent Shanghai port closures. Asian imports for the first half of 2022 were also up 31.3% on the same period in pre-pandemic 2019, indicating further strain on supply chains in the coming months and increasing the likelihood of additional bottlenecks.

Reports published by the National Retail Federation, such as the Global Port Tracker, show that retailers expect the rest of the year to continue at near or above-record import levels. In particular, the Port of Los Angeles reported that in June, it surpassed all of its total container volume records for the month, including laden imports, exports, and empty container returns.

High import levels will continue as retailers move away from stockpiling fall products and begin to focus once again on back-to-school and holiday products.

Retailers are now urging West Coast Longshore labor as well as employers to focus on concluding contract negotiations without causing disruptions as import forecasts predict strong volumes for the rest of the year. Disruptions at ports caused by the longshore contract negotiations would be disastrous for the already-strained supply chains along the West Coast that have been dealing with increased cargo as shipments that were previously routed to the East and Gulf Coasts return amid growing port congestion.

Import levels will remain strong until November this year, although retailers predict a slightly slower summer-fall season than 2021’s record-breaking season. Even though a slight dip is expected, 2022 will likely be a net increase over all of the imports in 2021. July predictions indicate a year-over-year rise in imports of 5.3%, a 0.5% drop in August, and a 0.8% drop in September as import levels remain reliably high after record levels throughout 2021.

New OSRA-22 Regulations a Challenge for Ocean Carriers and Ports

The new Ocean Shipping Reform Act of 2022 came into law in June, regulating how carriers and ports can levy demurrage and detention fees on containers. The act allows the Federal Maritime Commission (FMC) to fine carriers and ports should they apply demurrage and detention fees to containers where longer dwelling times are out of the shipper’s control and not the shipper’s fault.

OSRA-22 also requires ports and carriers to standardize their per diem invoices to include 13 specific items, such as container numbers, how they calculate fees, and contacts for disputes. While the per diem invoice regulations were effective immediately when the act became law, many carriers and ports are struggling to change their invoicing and billing practices to keep up with the change, and fully compliant per diem invoicing may still be months away in some cases. As a result, many shippers and forwarders who receive non-compliant invoices from ports and carriers are sending them back to the issuer. If not rectified, they can take the matter to the FMC as a complaint for non-compliance.

The changes in billing practices vary between carriers. Hapag-Lloyd, for example, stopped billing their customers for container storage in the Port of New York and New Jersey on July 1 to avoid issuing non-compliant invoices. The carrier still invoices for regular demurrage charges resulting from stays longer than their established free time in off-terminal locations. However, any fees owed to the terminal will no longer be billed through the carrier and must be paid directly to the terminal. Other carriers such as Yang Ming and Wan Hai lines are following suit and no longer bill on behalf of marine terminals.

Other carriers are delaying all of their per diem billing until they have the appropriate system upgrades in place to do so and maintain OSRA-22 compliance.