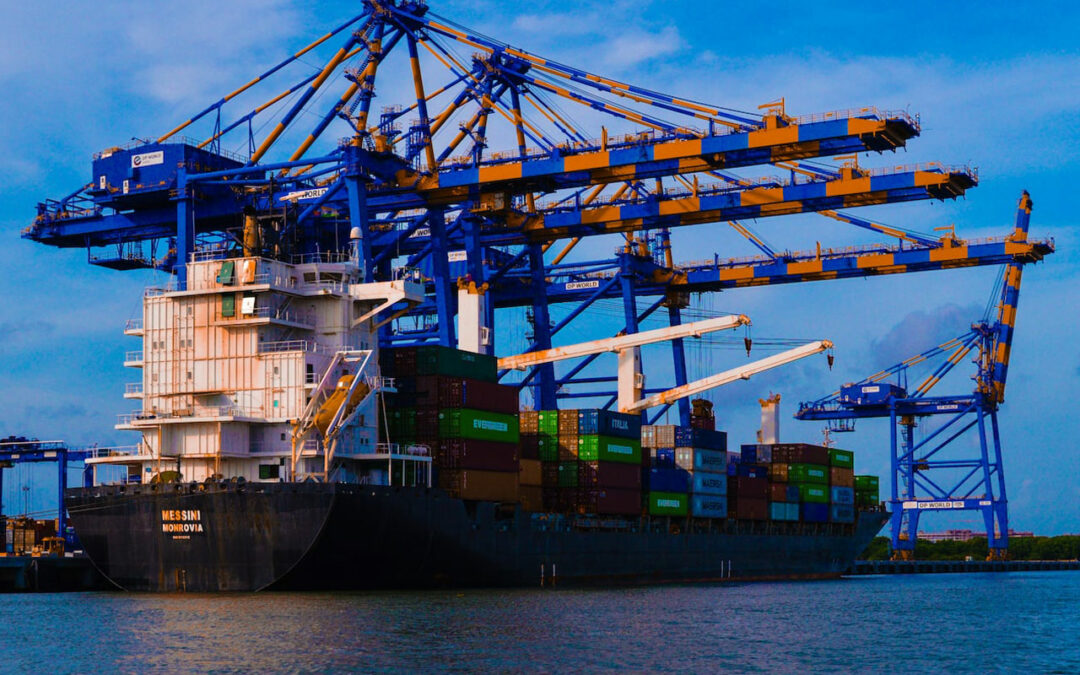 The COVID-19 pandemic pushed US importers to move their focus away from China to gain additional resiliency against lockdown disruptions. As a result, in 2021, India-US container trade grew by a staggering 23.5% between the two nations, followed by an additional 8.3% year-over-year increase in the first six months of 2022, reaching a new record high.

The first half of 2022 saw 1.16 million TEU move between the USA and India, approximately two-thirds of that volume being imports into the US. Indian imports into the US increased by 12.4% in this period, while US exports to India rose by 1.1%.

India’s previous fiscal year from 2021-2022, ending in March, saw the US become India’s top trading partner, outcompeting China. Total US-India merchandise trade reached a value of $119.42 billion, based on data from the Indian Ministry of Commerce.

The main driver for trade growth between the US and India in 2022 came from volume-driven orders from major retailers such as Amazon, Walmart, Target, and JCPenney, wanting to front-load orders in preparation for the coming festive season. Carriers have responded by adding additional services and capacity to and from India.

Truckers and shippers moving freight across New England state lines will see lower costs related to trucking after the US District Court in Rhode Island stated on September 21 that tolls on out-of-state tractor-trailers were unconstitutional. The court found that these tolls violated the constitution as they discriminated against interstate commerce. The court ordered Rhode Island to cease levying tolls within 48 hours of the decision.

Rhodeworks established the heavy truck tolls in 2018, where they were immediately challenged in court by the American Trucking Association (ATA). From June 2021 to June 2022, Rhodeworks’ tolls levied approximately $39.7 million from Class 8 tractor-trailers alone, a cost that truckers had to pass on to customers.

Because the District Court targeted the levies because of their discriminatory nature against heavy trucks, shippers and truckers alike are hopeful that it will send a message to other states not to impose similar tolls that disadvantage interstate trucking.

The September 20 figure shows a decrease of 11% compared with the record TEU rates of $6,235 seen on May 1 and 14% since January. Although this represents the first time since 2020 that the trans-Atlantic spot market has dipped below long-term contract rates, it sharply contrasts with the dropping rates of other markets. Since January, the eastbound trans-Pacific spot market has fallen by 60%, while the Asia-North Europe has fallen by a little under 50%.

Trans-Atlantic imports have been consistently decreasing since May, dropping to 163,192 TEU in August after the high of 183,362 TEU in May. The August figure still sits 10.6% higher year-over-year. However, demand is slipping as East Coast port congestion keeps spot rates higher than projected.

OSRA-22 Performance not Meeting Its Purpose as Demurrage Problems Continue

The latest Ocean Shipping Reform Act of 2022 (OSRA-22) was designed to protect shippers from unfair demurrage charges when shippers were not at fault.

OSRA-22 became law on June 16 after less than a year of drafting. One of the key criticisms of the bill is that legislators did not include a grace period to allow carriers and marine terminals to restructure their billing practices. The last piece of regulatory reform, OSRA-98, gave the industry six months to achieve compliance before regulatory enforcement.

As OSRA-22 became enforced almost immediately, the majority of the industry is now non-compliant with the bill’s mandated invoice data element, requiring shipping lines and terminals to include additional data points in demurrage invoices, such as the date when a container is made available.

The problem is that carriers and marine terminals have no uniform way to collect this data to include it on shipper invoices. Some drayage companies only find out a container is available by contacting a terminal to make an import pickup appointment.

The technical issues faced by marine terminals and carriers have prevented OSRA-22 from being as effective as intended, meaning importers are essentially not seeing any improvements in how demurrage fees are invoiced or contested.

For now, the issue lies with software vendors working with carriers and maritime terminals to create a new system that collects all relevant data to update invoices and share information with shippers and drayage companies. Until carriers and terminals introduce the appropriate software, OSRA-22 will continue to have less-than-satisfactory results for protecting shippers.

The ATA reported that the for-hire truck tonnage index rose 7.4% year-over-year in August and 2.8% from the previous month. The rise in truck tonnage is attributed to increased consumer spending and manufacturing activity, compensating for a decrease in residential construction.

In previous months, the congestion at intermodal rail yards, warehouses, and distribution centers due to shortages in rail chassis and storage has caused congestion throughout the country’s supply chain. The increase in truck tonnage hints at an improving situation as more freight moves out of these backlogged points.

Additionally, the economic slowdown predicted for the end of 2022 has not taken effect as quickly as expected. Retail sales in August rose 1.7% unadjusted compared with the previous month, 8.4% higher than August 2021. Manufacturing continued to increase in August by 0.1% after July’s increase of 0.6%, indicating continued growth in the sector with a 3.3% increase year-over-year for August.

Photo by Kingsley Jebaraj on Unsplash